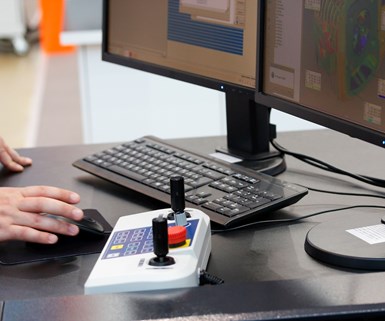 Using a CAM system is the most popular method of creating CNC programs.

There are three ways to create programs that run on CNC machines: manually write them, use a shopfloor-programmed conversational control or use a CAM system. The last is the most popular method of creating programs because almost every company that has CNC machine tools has a CAM system.

To complicate matters, most CNCs allow users to handle nearly every programming feature multiple ways based on preference. With cutter radius compensation, for instance, the user can decide whether the generated tool path is for the cutter centerline or the work surface. Choices are often based on legacy because CNCs are “backward compatible.” This means they allow older programming methods to be used for years (or decades) after newer, more convenient features became available.

Given the these complexities, most companies tend to quit customizing CAM system G-code output as soon as they get something that works. They stop short of making the CAM system output G-code programs that are properly structured, or that takes advantage of current, more desirable CNC features. Resulting G-code programs are lengthier, less efficient and more cumbersome than their manually created counterparts. Here are four suggestions to help you streamline G-code programs created by CAM systems.

All current CAM systems can output tool paths based on a specified tool nose radius. If you make your CAM system do so, you can save setup time and minimize potential for mistakes. Other CNC features that can have an impact on operator time and effort include other compensation functions like machining center based fixture offsets, tool length compensation and cutter radius compensation, as well as turning center based geometry and wear offsets.

While they may not regularly modify CNC programs, setup people and operators should be able to understand what a G-code program is doing. This can be a direct function of how your CAM system generates G-code programs. Your CAM system should take advantage of CNC features like decimal point programming (I still see CNC words including real numbers generated with fixed format), radius designation for circular commands using R instead of I, J and K, and canned cycles instead of multiple G00/G01 motion commands. It should also utilize coordinate manipulation features when applicable, like coordinate rotation, single direction positioning, mirror image and scaling.

CAM systems are notorious for generating G-code programs with redundancy. Unnecessary, redundant commands in a program increase program length and can confuse operators. A CAM system may, for example, include the motion type G00, G01, G02 or G03 in every motion command even though motion type is modal.

Conversely, I’ve seen resulting G-code programs that do not allow the rerunning of cutting tools — a task commonly required when running the first workpiece in a production run — or when critical finishing tools are replaced after wearing out. Rerunning a tool requires that all commands needed to get the program running be included at the beginning of every tool.

4. Deal with the results of probing using custom macro.

Spindle probes have become very popular and are especially helpful during setup, but they are also becoming an integral part of many CNC cycles as well. They are commonly used to automate trial machining operations, ensuring the correctness of a surface machined for the first time with a new cutting tool. They can also be used when raw material to be machined varies from part to part, which is commonly the case with castings and forgings. With these kinds of applications, the CAM-system-generated CNC program must dynamically deal with probing results in real time.

For example, stock on a workpiece surface may be varying from 0.05 inch to 0.25 inch. Rather than waste time by making the number of passes for the worst-case scenario, the spindle probe can determine the amount of material that must currently be machined. If it determines that there is 0.2 inch of material on a surface to be milled, the CNC program must make the appropriate number of machining passes.

Since the number of passes will vary from part to part, many of the resulting machining commands cannot be performed directly by the CAM-system-generated G-code program. Instead, the CAM system must have the G-code program call a parametric program (custom macro in FANUC terms) that resides in the CNC control and makes the correct number of passes based on the results of the probing operation.