An Innovative Way to Use a Steady Rest

This shop found a way to modify one of its two-turret CNC lathes so that a tricky aerospace component could be properly supported for critical operations. 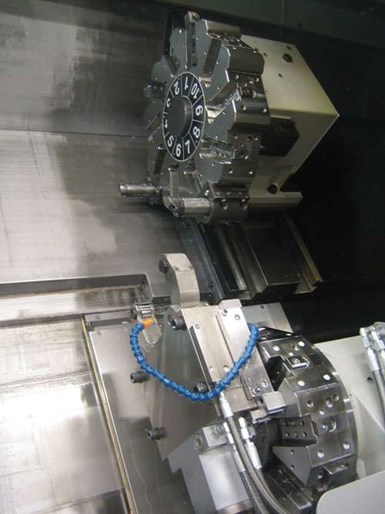 The steady rest mounted to the lower turret of this Mori Seiki lathe provides workpiece stability while tools in the upper turret are machining.

Machine shops are inventive operations. They integrate and profit from new machining technologies and they devise novel ways to apply established ones, too. Tect Aerospace, a manufacturer of complex aerospace and power generation components, offers an example of the latter scenario.

Terry Neil, maintenance manager of the manufacturer’s Everett and Woodinville facilities in Washington, found a way to modify one of its two-turret CNC lathes so that a tricky aerospace component could be properly supported for critical operations. With the help of John Goes from Ellison Technologies, Mr. Neil integrated an FRU3 self-centering steady rest from Kitagawa-Northtech (Schaumburg, Illinois) onto the lower turret of a Mori Seiki ZL-35B lathe. The steady rest was used for positioning and support of a specific OD on that component to achieve tight feature-to-feature machining tolerances.

Shifting Toward Preparedness and Flexibility with Turning Tool for Steel
Video: Shifting into Shop Ownership 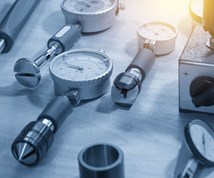 Mr. Neil says this configuration offers a few distinct advantages. First, it enables the lathe to center the OD of workpiece and perform end machining and boring operations.

Second, the FRU3 can function as a follower rest. While the lower turret moves in the Z axis, the FRU3 mounted on that turret supports slender parts that are prone to bending while the upper turret is machining. The added support counters the cutting forces applied by the tools in the upper turret to help ensure workpiece straightness. Finally, more secure workpiece positioning and stabilization using the steady rest enables the lathe to take heavier, more aggressive cuts, which can greatly reduce cycle times and decrease scrap.

Using the steady rest in this way means the shop loses three tool positions in the lower turret, although the steady rest can be removed when it’s not needed. However, another FRU steady rest, an FRU3.2 model the shop uses on an Okuma LU45 lathe, enables that lathe’s lower turret to index. In fact, it was the quality of the steady rest used on the Okuma that prompted the shop to purchase the second larger unit for the Mori Seiki.