When this manufacturer of aircraft ejector seats increased its machining capacity, the volume of chips generated increased as well. A briquetter from Prab provided a safe work environment, a fast return on investment and cost savings that have added to the shop’s profitability.

In addition to significantly reducing the volume of chips left over from machining, the briquetter enables recovering and recycling valuable coolant and improves employee productivity and safety.

The plant’s original waste-management process consisted of machinists dumping hoppers of loose aluminum chips into roll-off hoppers in the plant’s parking lot. The new process reduces the volume of material and keeps the process contained within the plant.

Tasks that add little or no value to a manufacturing operation aren’t always as problematic as they’re made out to be. When it comes to investing time or money to free an employee from a five-minute task that occurs only once in a blue moon, shops usually have bigger fish to fry. However, when an operation undergoes significant changes,what were once minimal annoyances can morph into real problems that affect the bottom line.

That was the case when aircraft ejection seat manufacturer Martin-Baker’s Johnstown, Pennsylvania plant expanded capacity, a move that increased the volume of loose aluminum chips left over from machining. To avoid spending an inordinate amount of time manually disposing of chips, the company installed a Dualpak briquetter system from PRAB (Kalamazoo, Michigan), an investment that previously wouldn’t have been justified. Forecasted to pay for itself in a relatively short amount of time, the briquetter has already contributed cost savings that have added to the shop’s profitability. 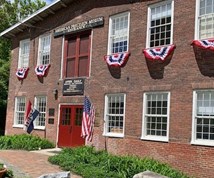 Support Manufacturing with Your End-of-the-Year Contributions

Martin-Baker’s ejection seats and related equipment safeguard pilots who abandon their aircraft throughout the escape, survival, location and recovery phases. With global operations in England, France, Italy and the United States, the company says its ejection seats have played a role in saving more than 7,300 aircrew lives in more than 93 air forces.

In 2001, the Johnstown plant installed its first HMC, which operated during a single eight-hour shift, five days per week. Although inconvenient and inefficient, manually disposing of the low volume of loose aluminum chips generated by the single cell was no more than a minor annoyance. That changed in June 2009, when the facility increased its capacity 800 percent by adding two more HMCs and running all three cells 24 hours a day, five days a week.

One result of this change is that the volume of aluminum chips generated by machining increased by 100 pounds (45.4 kg) per hour. While still relatively low in volume, machinists had to periodically use a forklift to dump hoppers of chips into large roll-off hoppers located in a parking lot behind the plant. "This was a time-consuming, undesirable operation in the summer and a downright nasty assignment in the winter," says manufacturing manager Jack Rovan. "We had been aware of briquetting technology for years, but it wasn’t justifiable with our low volume of chips. All that changed when we went to three machines running 24 hours a day."

The company had evaluated several options for compacting its loose aluminum chips when it decided to take a look into briquetting technology. In the end, the Dualpak briquetter’s features and benefits as well as PRAB’s reputation for quality and service sealed the decision, Mr. Rovan says. The shop’s chosen model, the Dualpak MX20-15M, incorporates two opposing hydraulic cylinders that exert 40 tons of force at 27,000-psi of face pressure. According to the manufacturer, this provides a dry briquette with consistent density. A 2.5-inch, automatic steel belt conveyor transports the briquettes to a storage hopper.

Before purchasing the machine, Martin-Baker wanted to ensure it made fiscal sense. The company was provided with the opportunity to take a test drive and build a return-on-investment model based on real results from the actual materials used in the shop. The company sent a 55-gallon (200-liter) drum of chips from its machining centers to PRAB’s test facility. In addition to reducing the volume of the loose chips by a factor of 12.5, the test showed that the briquetter would enable the shop to reclaim coolant that could then be recycled back into the manufacturing process.

The company then worked with its metal recycler to determine how much it would get for briquetted aluminum compared to loose chips. Based on
November 2009 prices and the density of the test briquettes, the company estimated that it would receive 17 cents more per pound for the compacted material. Moreover, estimates showed that recovered and recycled coolant could save approximately $5,000 per year. "Despite our relatively low volume of chips, we will have a return on investment for the Dualpak system in less than 30 months," Mr. Rovan noted after purchasing the system. "After that, it’s 100 percent profit."

In addition to the aforementioned savings, the new disposal process improves the productivity of the shop's machinists. Equipped with the new briquetter, employees no longer have to spend an inordinate amount of time handling chips both inside and outside the facility.

"We’re able to take a cheap byproduct of the machining operation and make it much more valuable," Mr. Rovan concludes. "In addition, our process of disposing metal scrap has become safer and more ergonomic."