A recent event at the company’s North American campus attended by more than 2,000 manufacturing professionals highlighted a wealth of new CNC machining technology.

For me, it’s nice that Mazak’s North America Manufacturing headquarters is just south of Cincinnati in Florence, Kentucky. It’s a short drive. Last month, 2,000 others, many of whom hail from cities farther way, joined me in attending the company’s Discover 2019 event, which took place in part to celebrate the company’s 100th anniversary. 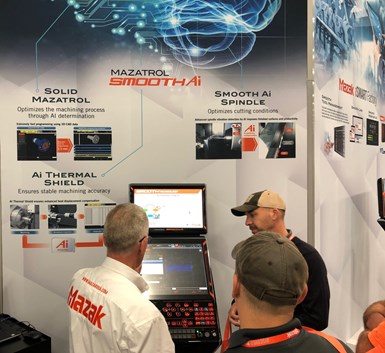 The five-day event spread over the first two weeks of November and featured more than 30 live machine tool demonstrations. Equipment included the company’s lines of VMCs, HMCs, five-axis machines, turning centers and turn-mills, and hybrid machines that combine machining capability with processes such as additive manufacturing and friction stir welding. 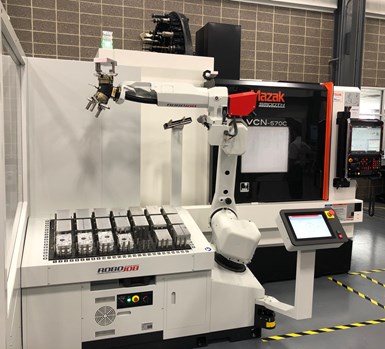 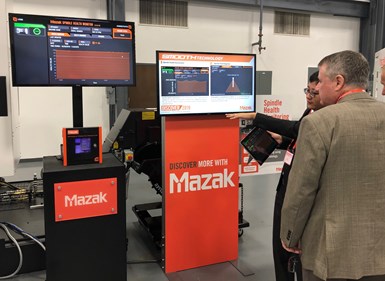 Mazak’s AI-based Spindle Health System has been developed to eliminate unexpected downtime due to damaged spindles or spindle bearings. It does this by predicting how long a spindle’s life will be so shops can better plan for downtime for repair or replacement.

Attendees could also see Mazak’s iSmart Factory concept in use in its manufacturing areas. A key component of this is its SmartBox, which is said to enable complete digital integration of Mazak’s manufacturing cells and systems to facilitate data sharing for process control and analytics. In fact, the company says the iSmart Factory concept has increased utilization for monitored machines in its Florence manufacturing operations by double-digit percentages. This has reduced operator overtime by 100 hours per month and brought 400 hours per month of previously outsourced work back in house. The company manufactures more than 100 machine models in nine product lines at this facility.

While walking the event, I spotted a copy of our October 2019 issue that features my cover story describing Whipple Superchargers’ use of an Integrex turn-mill to machine supercharger rotors. 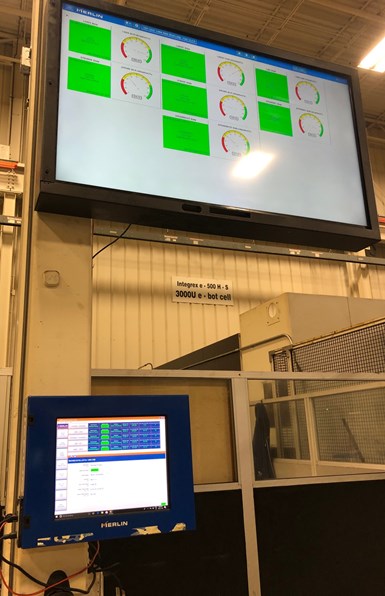 Mazak applies its own iSmart Factory concept in its Florence manufacturing facilities, which has increased utilization for monitored machines.

Mazak also announced a few additions to its Florence campus during the event. One is a new Mazatec Smart Manufacturing System that will include five of the company’s HCN-model HMCs and one Integrex turn-mill. The 235-pallet cell with raw material and finished parts stackers and loading stations is designed to accommodate a range of part and pallet sizes. It features the company’s iSmart factory concept employing the MTConnect interoperability protocol and its SmartBox IIoT machine-monitoring technology to track utilization and overall equipment effectiveness. Two people will tend the six-machine cell, which replaces an eight-machine cell and is said to offer 20% faster cycle times. It is scheduled for completion in March 2020.

Scheduled for completion in 2020, the Mazatec Smart Manufacturing System will include five of the company’s HCN-model HMCs and one Integrex turn-mill. The 235-pallet cell with raw material and finished parts stackers and loading stations is designed to accommodate a range of part and pallet sizes.

Mazak is also expanding its spindle rebuild center with a $3.5 million, 26,000-square-foot addition to its south building. The company says it will stock 2,000 rebuilt spindles there for immediate delivery and offer OEM spindle rebuild services with a three- to five-day turnaround time. It also has added a new fiber laser welder to its fabrication area that performs oscillating “wobble” welding, in which no filler material is added. This minimizes or, in some cases, eliminates manual weld grinding.

A new fiber laser welder in Mazak’s fabrication area performs a welding process in which no filler material is added to minimize or eliminate manual weld grinding.