Does Your Machine Shop Need a Human Resources Professional?

Straton Industries employs a full-time HR person as part of its staff of 78. The owner now realizes the shop could have benefited from this help even when the staff was much smaller. Companies overlook the value and importance of this role.
#workforcedevelopment #zaxis

David Cremin can remember when he was a boy and his father ran the shop. There were something like 12 employees. Today, Mr. Cremin runs that same business, Straton Industries of Stratford, Connecticut, with 78 employees and climbing.

His father knew each of the 12 people he employed and could talk to them every day. Mr. Cremin also had that kind of relationship with his staff when he took over operations in 1990 and during ﻿the years after when the headcount was still much lower. But business has been good for Straton, a recent Top Shops honoree and a thriving aerospace part supplier. The company has grown, headcount has grown, and somewhere along the way, a threshold was crossed. There came a point when the owner and even the managers of the company could no longer adequately address the concerns and perspectives of the many different employees as merely a secondary pursuit alongside their other duties. 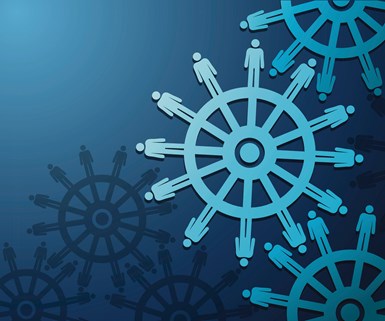 This became clear to him about three years ago, when six employees left the company in a single year. Each departure took him by surprise. Two employees leaving per year was more typical; this is the level of attrition resulting from life events such as a dramatic career change or a spouse getting transferred. But six people leaving was a clear mark of dissatisfaction — of employees seeking something without being able to find any context within their jobs to explore or express what they were seeking. “We missed the cues,” Mr. Cremin says.

It was then that he decided that attention to employees was too valuable to leave as simply a third or fourth item on his and other managers’ lists of duties. He hired an employee to give this attention. That is, Straton added a human resources professional.

He should have done it earlier, he says. This new hire, Donna Toth, uncovered gaps and inconsistencies in her initial staff assessment that never would be tolerated if they touched some aspect of the manufacturing process other than people. For example, some roles in the company had formal job descriptions and some did not. Some employees felt they had reasonable access and freedom to communicate with management and some did not. Some teams worked less effectively together than others because of obstacles between people that could be identified and addressed. Ms. Toth was initially hired part-time, but Mr. Cremin came to see that the value her ongoing, systematic attention to issues such as these easily justified a full-time role.

“You think of it as just ‘people stuff,’ as something soft and optional you can take care of in between other things,” he says. He was wrong to hold this view. His belief now: “HR is a science. The practice of it is a skill.”

Far more companies need HR than are aware of it, he believes. The need comes down to this basic disconnect: Managers, and owners in particular, delude themselves that employees can freely talk to them. The risk of being forthright and candid with the boss is too great. An HR professional addresses this by being a safe intermediary. Employees can share concerns. The employee’s view might be flawed or incomplete, in which case the HR person can respond accordingly and no harm is done to the employee’s stature. On the other hand, the HR person also has a direct line to management and can convey concerns, perhaps anonymously, as a way to aid management in finding solutions.

Mr. Cremin says much of Ms. Toth’s day-to-day work is fluid because people and their concerns are fluid. However, there are three major areas in which she plays a consistent role: hiring, retention and compliance. During hiring, she helps Straton clearly define the needs of the open job position and vet candidates according to these needs. To aid with keeping and developing current employees, she helps individual staff members define career paths within the company and find the training opportunities in line with these aims. This entails identifying the senior employees who have the desire and ability to serve as mentors; not every experienced person welcomes this role. Finally, she provides guidance in complying with not just the legal requirements of employment but the ethical ones as well. Complying with the Family and Medical Leave Act is an example of one type of concern, while ensuring complete fairness in the steps taken to deal with an underperforming employee is another. Straton wants to do both.

Mr. Cremin has simple advice for other small manufacturers that suspect they might also need HR help. “If necessary, try it part-time,” he says. Shop owners are understandably reluctant to invest in a resource that does not deliver demonstrable payback in the way a piece of capital equipment does. Hiring an HR person part-time is a reasonable compromise, and it is far better than doing without this role entirely. The part-time approach is where he started, though it wasn’t where he stayed.

In hiring Ms. Toth, Mr. Cremin wasn’t delegating. He wasn’t making his own attention to employees less. He sees this now, and it represents another insight that has come from the company’s HR investment. The amount of time and attention he gives to personnel-related issues has only increased as Ms. Toth has grown into her role. This is because she shows him clearly what issues he needs to focus on. One of the major revelations of adding HR attention to the team is discovering just how sorely this need was going overlooked.