The Race to Faster, Cheaper and Better AM for Aviation

An aviation industry partner called NIAR may be the largest institute you've never heard of. But through a new materials and process database for additive, it’s promising to help aviation manufacturers produce AM parts faster, cheaper and more reliably than ever before. 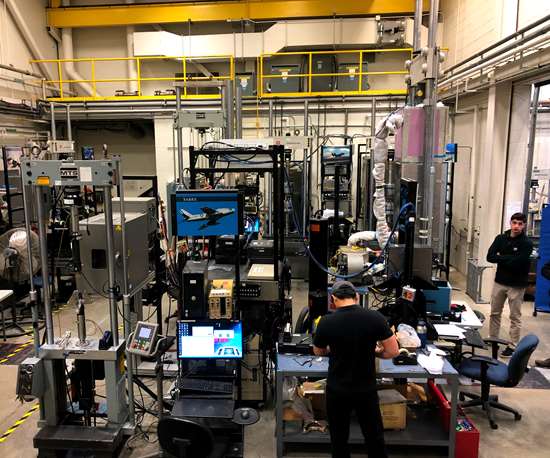 NIAR is the National Institute for Aviation Research, a department of Wichita State University that provides design, testing, certification and training to the aviation manufacturing industry, government agencies and other clients. NIAR is home to more than a dozen laboratories that study crash dynamics, additive manufacturing, full-scale structural testing, robotics and automation, virtual reality, and more.

The answer to why additive manufacturing (AM) has not — after decades of research and development — moved faster toward industrial-scale production isn’t because the technology lacks sophistication. Quite the opposite is true. The options it offers are so vast that understanding and characterizing them can overwhelm additive’s fundamental advantages.

This problem is acute in heavily regulated industries such as commercial aviation, where suppliers are required to follow qualification and equivalency standards issued by the Federal Aviation Administration (FAA). 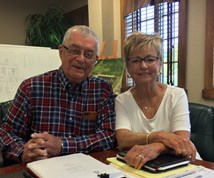 To maintain the industry’s safety record, the FAA qualification standards for additive manufacturing add up to a byzantine catalog of constituent material requirements and acceptance criteria. Until recently, these standards had to be met through testing and approved on an ad hoc basis — an excruciatingly long and expensive process that limits the manufacturing base. 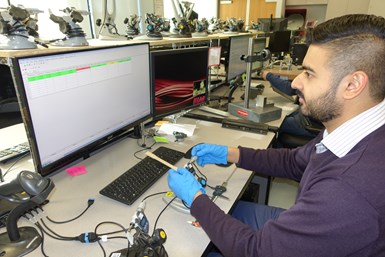 But increasingly over the past several years, the commercial aviation industry has recognized additive manufacturing’s potential to help aircraft manufacturers meet the expected surge in demand — that is, the doubling of demand that Boeing and Airbus expect by 2050.

But using AM in this way would be impossible without streamlining the FAA’s qualification process for additively produced parts.

Enter NIAR: the largest institution you may have never heard of.

NIAR is the National Institute for Aviation Research, a department of Wichita State University that provides design, testing, certification and training to the aviation manufacturing industry, government agencies and other clients. NIAR is home to more than a dozen laboratories that study crash dynamics, additive manufacturing, full-scale structural testing, robotics and automation, virtual reality, and more.

But relevant to this story, NIAR houses the National Center for Advanced Material Performance, or NCAMP, a program that evolved from a materials working group formed in 1995 by NASA, tasked with reducing aviation manufacturing time and cost by making material property data shareable.

So why does all of this matter?

I learned the answer earlier this year, after traveling to Wichita, Kansas, to meet with Paul Jonas, NIAR’s director of technology development and special programs. There, Jonas introduced a new development underway at NIAR, a development related to additive manufacturing that he believes will give the larger aviation industry, especially the domestic industry, its best chance of meeting projected demands in the decades to come.

NCAMP has been designated by the FAA, the European Aviation Safety Agency (EASA) and all branches of the U.S. military as a recognized database of approved material allowables for aviation. And during my visit, Jonas and the rest of the NIAR team was waiting to hear from the FAA’s Industry Steering Committee as to whether it had approved NCAMP’s first-ever additive manufacturing qualification program. The material is Ultem 9085, a resin produced by Stratasys that is often touted for its high strength-to-weight ratio, thermal and chemical resistance, and positive ratings for flame, smoke and toxicity — all important qualities for aircraft interior components that the material could be used to 3D print.

NCAMP completed its testing for Ultem 9085 this past April, and within days published the program online. Officially titled, “Polymer Additive Manufacturing Materials, Machine, Processing and Quality Requirements Specification for ULTEM TM 9085 and Stratasys Inc. Fortus 900mc Machine,” the process spec is, presumably, the first of many to come for additive composite and polymer materials. Through NCAMP’s publication of this qualification program for Ultem 9085, aviation manufacturers now have the first publicly available, highly detailed roadmap toward regulatory approval for producing additively manufactured parts for the industry.

For instance, if Company X invents Material Y, the company will need to create thousands of test coupons, work with NCAMP to test the new material, and in the process generate a wealth of material data. NCAMP will turn that data into a material allowables dataset and publish the data on the NCAMP website and submit it for consideration to CMH-17 (the Composite Materials Handbook-17), an accepted industry handbook.

Or, if Company X wants to manufacture an aviation part with an existing polymer composite material, the company downloads the material and process specification from the NCAMP website and incorporates those specs into its production processes. The company then creates test coupons with the composite and sends them to NCAMP. After NCAMP cuts and tests the coupons — i.e., after it runs its equivalency process — if the resulting test data pools statistically with the larger NCAMP database for that composite, NCAMP gives the company approval to use the process.

As Jonas puts it, “If you test under the NCAMP process and NCAMP puts its stamp of approval on it, it’s approved data.” 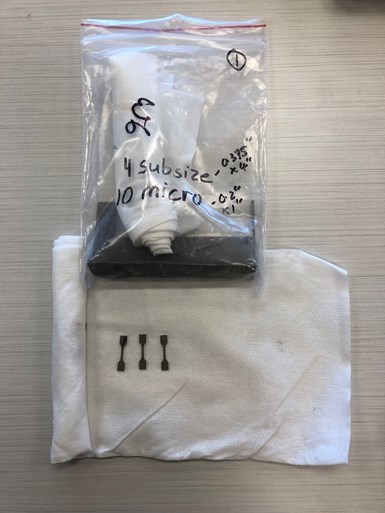 Data resulting from test coupons, or “dog bones,” is automatically uploaded into NCAMP’s database. Some of this data will ultimately reside in the Composite Materials Handbook-17.

While this has been a standard process for aviation composites for years, nothing like it existed for additive manufacturing, at least not until 2017 when the FAA commissioned NIAR to generate the process to include non-metallic additive manufacturing under the NCAMP umbrella. While a parallel process for metal AM is still in its infancy, developing the first database for non-metallic AM materials represents a major development in the world of additive manufacturing for aviation. But getting from the FAA’s initial request to NCAMP’s recent publication of the Ultem 9085 qualification program was no easy task. It took months of testing and calibrating a very specific printer — the Stratasys Fortus 900mc Plus — the only printer allowable under the NCAMP program for Ultem 9085.

The specifications and sheer number of controls documented within NCAMP’s first AM qualification program may strike some as being too rigorous. But NIAR officials say there’s a reason and necessity for this level detail: Repeatability.

This past April, NCAMP completed testing for its first-ever additive manufacturing qualification program. After running tens of thousand of tests on the material, Ultem 9085, the program became the first publicly available roadmap toward regulatory approval for AM parts in the aviation industry.

The qualification program for Ultem 9085 is machine-and-process-dependent, including specifications that go so far as to require a particular extruder tip and modification package to the Fortus 900mc. In other words, process controls are everything.

“You have to be at that level,” Jonas says. “If you don’t control the process, you’re going to have a hodgepodge of process parameters. That’s the way it is right now.”

In a way, this granular level of process specificity is the entire point of NCAMP’s additive manufacturing qualification program. NCAMP partnered with America Makes, which funded the printing of the initial baseline coupons at RP+M in Cleveland. NCAMP later selected two equivalency sites — Stratasys Direct Manufacturing in Belton, Texas, and Lockheed Martin in Orlando, Florida — to prove that the specifications were transferable from site to site.

Chris Holshouser, now technical director for advanced manufacturing development at NIAR, was transitioning from Lockheed Martin Skunkworks to Stratasys when NIAR began working on the Ultem project in 2017. His focus had been trying to optimize build processes so that every technician tasked with using a machine could perform like the most skilled technician in the company. It wasn’t just variations between the technicians that caused discrepancies, he says, but variations between identical machine models. Holshouser says that he and his team at Stratasys spent more than two years trying to understand what was going on during the build process that was causing variations from technician to technician and machine to machine.

“Process control isn’t a new thing,” he says. “Obviously it’s used within almost every area of manufacturing out there. It has to be. But what’s unique to additive, and I think what throws people off, is that there are so many parameters. You get lost in trying to figure out what needs to be controlled and what is truly important. That was really the heart of what we were able to do leading into this program — to say we had confidence that in our process specs, we are really balancing what’s important. Everything else is considered standard operating procedure.”

While the qualification guidelines for Ultem 9085 are exacting, NCAMP does allow for variations. If a company wants to modify a process spec, it can apply for equivalency. If the company can perform the requisite tests and prove its process to be equivalent to the guideline, NCAMP will issue a letter of equivalency for its process. Nor does NCAMP preclude any company from developing its own proprietary processes or database with an OEM.  But Jonas says that one of the major benefits of NCAMP’s new qualification program for additive manufacturing is to set the industry free from requiring these kinds of proprietary partnerships. It’s a benefit that sits squarely with NIAR’s mission of enabling the aviation industry, and the industry has spoken clearly, Jonas says: It needs additive manufacturing.

NCAMP’s first-ever AM qualification program (Ultem 9085) limits production to one machine: the Stratasys Fortus 900mc Plus. NIAR officials say there’s a reason for this: repeatability.

NIAR is perhaps the aviation industry’s largest enabler toward the move to AM. Though it is industry financed and heavily involved in standards organizations beyond the FAA and EASA, it is necessarily low-key due to the number of non-disclosure agreements it signs. But its expansive campus is teeming with PhDs as well asap student workers who help NIAR process literally thousands of test coupons a week.

NCAMP, Jonas and Holshouser say, is trying to crack into additive manufacturing production capabilities and enable AM machines to maintain hair-tight tolerances repeatedly without consideration of who is operating the machine or where.

“We have to get it right,” Holshouser says. “This is us really trying to crack into true manufacturing as opposed to rapid prototyping — to get these machines to act like manufacturing machines. That's really why we have extremely tight limits on everything. People have to believe that the technology can be stabilized and is ready for prime time. And I think we’ve proved that it is.”