Top Shops Then and Now

Altech Machining was a Top Shops winner in our inaugural benchmarking survey in 2011. So what’s the shop up to now?
#topshops

A former Top Shops Honors Program winner (who you’ll read more about next month) approached me with a good idea: “Why not follow up with former winners to discover how they’ve progressed, what new technology they’ve implemented and what they envision for the future?” Given that this year marks the 10th anniversary of our annual Top Shops benchmarking program, this idea was especially appealing.

Therefore, I’m devoting my One-Off column for the coming months to highlighting one winning company from each of our past nine surveys. I’ll finish this series with our September issue, which is timely because that’s when we’ll unveil our 2020 Honors Program winners here in the magazine, and also when we’ll host our three-day Top Shops Workshops at the International Manufacturing Technology Show (IMTS) in Chicago. (Read my article here for more information about that.)

So let’s get started. Santee, California’s Altech Machining was a winner in our inaugural Top Shops survey in 2011. This shop has specialized in machining and grinding precision aerospace and submarine components since 1978. Since we’ve covered other 2011 winners in more recent magazine articles, I reached out to Mike Dufford, now company president, to reconnect and learn about what’s changed at the shop over the last decade.

He says the shop continues to upgrade equipment. Altech is a successful operation, albeit a small one at 13 people and 10 CNC machines. Still, Mr. Dufford realizes the importance of adding new technology. For example, a while back it replaced a late-‘80s VMC with a better-performing and more reliable 2014 model. It also swapped out an older universal grinding machine with a new Studer Favorit 650 from United Grinding. This machine, which was delivered in December 2019, will offer improved performance and more user-friendly programming software. 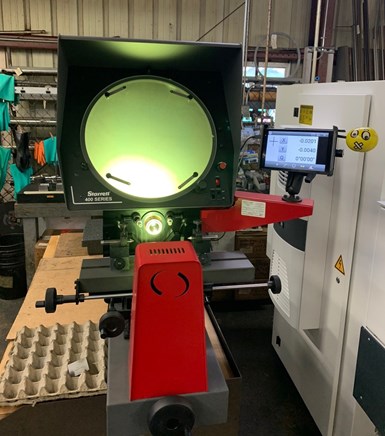 This digital optical comparator was purchased and installed in the shop’s grinding department so operators didn’t have to venture far away from their machines to measure parts.

A couple years ago, Altech also installed an L.S. Starrett digital optical comparator in its grinding department. This eliminated the need for grinding machine operators to leave their area to use the existing comparator on the other side of the shop, minimizing their time away from their machines. Plus, the comparator’s tablet-like control is very simple to use, Mr. Dufford says.

The shop is trying to take care of its valued employees in other ways, too, especially given that it is (as are most other shops) struggling to find experienced machinists to add to its staff. One example is adding air conditioning to its building, which it did last summer. Although the Southern California shop had considered this for a few years, its building’s metal structure didn’t lend itself to complete, efficient air conditioning. However, its HVAC contractor suggested installing multiple, small heat pumps to deliver cool air right above each CNC machine operator’s area. 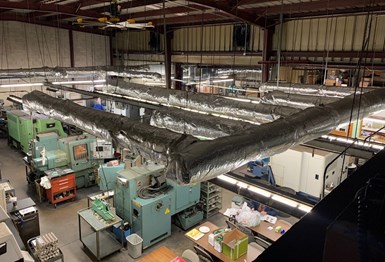 Multiple, small heat pumps were installed in the shop that deliver cool air right above each CNC machine operator’s area.

At the end of the day, Altech hasn’t grown all that much in terms of employee or machine count since 2011, but it has seen an increase in gross sales thanks to improvements like those mentioned above. Mr. Dufford says he’s unsure how his business might look five or so years out, but he wants to continue positioning his shop for continued success. “Certainly, new technology will dictate what changes we might make in the future, so I’ll remain keenly open to trying new and better machining strategies and processes,” he notes. Good advice for all shops to heed.