Taiwan: Supporting the Next Generation of Aerospace Manufacturing

The Taiwan External Trade Development Council (TAITRA) has announced a webinar focused on advances the country’s machine tool builders are making within the aerospace sector. “Taiwan: Supporting the Next Generation of Aerospace Manufacturing” will stream Wednesday, July 22, 2020 at 3 a.m. ET. Register here. 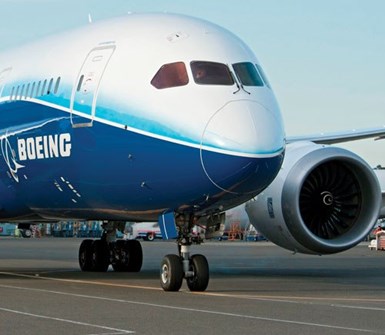 As the fourth largest exporter of machine tools and components in the world, Taiwan has averaged $4 billion in exports per network of more than 1,000 precision machinery manufacturers and more than 10,000 upstream suppliers over the last few years. The greater Taichung area is home to a significant machine tool and component industry cluster, enabling global companies to meet their needs in a central location. The supply chain covers key parts and components for sectors including machine tools, dies and molds, controllers, sliding rails, clamping fixtures, metal cutting and milling tools, power components and transmission components.

At the time of this writing, Taiwan had reported only 441 conformed cased of the coronavirus. According to TIATRA, one theory for this relatively low number is that Taiwanese machine tool manufacturers were able to unify their experience to reduce the time it took to get 60 mask production lines up and running from six months to just 25 days. With these 60 lines, the number of masks produced in Taiwan reached 10 million daily by mid-March. TIATRA reports that this is strong evidence that Taiwan's manufacturing industry is more than competitive, which has enabled the island to react quickly to the crisis and make up for the shortfall in face masks.

A forecast by Boeing and Airbus suggested the global aerospace industry still has another $5 trillion in growth capacity over the next 20 years. And, according to PricewaterhouseCoopers’ 2017 report, Taiwan ranked sixth in aerospace manufacturing attractiveness. Taiwan has both manufacturing and MRO capabilities to supply Airbus, Boeing and other global aircraft builders. Its output in 2019 totaled $4.499 billion thanks to the full support of Taiwanese machine tools builders, reports TIATRA. With sights set on the global aerospace industry, Taiwan has begun to develop intelligent machine models capable of processing intricate designs autonomously.

High Quality and Stable Production Through the A-Team

Taiwan's aerospace producers, such as Aerospace Industrial Development Corp. (AIDC), initialized the A-Team 4.0 at the end of 2015. This team signed a memorandum with 14 Taiwanese machine tool manufacturers in 2017 (now increased to over 40 quality suppliers) to provide a new platform for Taiwanese machine tool manufacturers to supply high-quality machines for aerospace parts and component manufacturing. AIDC helps to cultivate these manufacturers to be recognized as qualified machine producers with matching stringent standards in the aerospace industry. As a result, 90% of the machinery in AIDC's Aero Engine Factory Case Line III is made in Taiwan.

Taiwan’s Ministry of Economic Affairs has launched the Aerospace Composite Material Processing and Smart Manufacturing Pilot Project as well as the Aerospace Smart Manufacturing Technology Development Plan. AIDC has joined hands with Mirle Automation, Vision Wide and Gongin Precision (GPI) to establish localization of aerospace composite processing equipment and “intelligentization” of the production line. Together, AIDC and the three machinery equipment manufacturers obtained certification from international aerospace manufacturers, and over the next 10 years they will receive international orders worth $2.06 billion, including orders from global aviation manufacturers Boeing and Airbus.

As for the Aerospace Smart Manufacturing Technology Development Plan, Taiwan's major machine tools manufacturer Yeong Chin Machinery (YCM) also developed and introduced its smart processing equipment into the production lines of Drewloong Precision and Magnate Technology — both of which are suppliers to Evergreen Aviation, a joint venture between EVA Air and General Electric since 1998, consistently delivering exceptional aircraft maintenance solutions to airline partners.

REGISTER FOR THE WEBINAR