When Organic Growth in Your Machine Shop Isn’t Enough

Princeton Tool wanted to expand its portfolio, increase its West Coast presence, and become a stronger overall supplier. To accomplish all three goals at once, acquiring another machine shop became its best option.

Both Princeton Tool and the company it recently acquired, Paragon Precision, specialize in the precision machining of turbomachinery parts like this impeller. Photo Credit: Princeton Tool

Mergers and acquisitions (M&A) among machine shops are in one sense business as usual and in another sense something new. Just like in any other business sector, M&A fluctuations among machine shops are typically driven by economic conditions — conditions such as low interest rates and the availability of “cheap” money; the existence of an economic recovery after a downturn; and favorable stock market conditions that provide capital for M&A activity. What is new is the extent to which acquisitions and consolidation among machine shops seem to be on the rise. As the Baby Boomer generation nears or enters retirement age, many shop owners have no natural successor to turn to. And as machining transitions from regional-focused businesses to shops more and more often serving a national base of customers, small or mid-sized shops often are interested in merging with another company that is better able to manage costly business operations such as accounting or marketing, or able to expand the combined company’s﻿ customer base, capacity and product line.

But no matter what the stated reasons are for consolidation among machine shops, the goal is usually the same: to emerge as a company that is bigger and better than the sum of its parts. 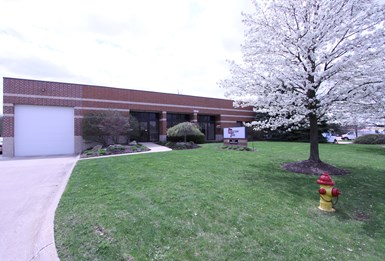 When the new leadership at Princeton Tool, which was founded near Cleveland, Ohio in 1997, wanted to expand the business, organic growth was not accomplishing that goal quickly enough. As the company looked into expansion, arguments in favor of acquiring another shop began to grow. Photo Credit: Provided by Princeton Tool

That was certainly the objective for Ken Bevington III and his company, Princeton Tool — a business that his father started in Cleveland, Ohio in 1997. The company that began in the basement of the family home as a tool and die shop specializing in secondary operations and small mold work has continually expanded, to the point that today it uses more than 160 EDM machines and CNC machining centers for the manufacture of complex turbomachinery parts for the aerospace and industrial gas turbine industries.

We talked to Bevington last year, shortly after he announced that Princeton Tool had acquired a turbomachinery manufacturer based in Valencia, California: Paragon Precision. While the decision to acquire Paragon Precision aligned with favorable economic conditions — including interest rates that have remained steadily low — the strategic reasoning behind the purchase is worth understanding. After talking to Bevington, we found that his arguments in favor of making the acquisition fell into three broad categories:

1. Having a West Coast Presence

With its headquarters in Mentor, Ohio, and a second facility in Tampa, Florida, adding a third leg of operations in California has several benefits. 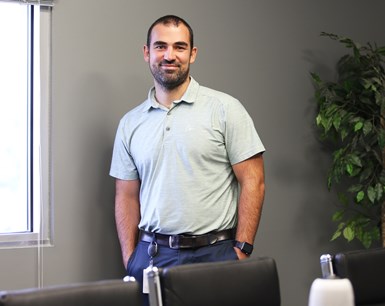 And as the number of U.S.-based companies that produce large castings continues to shrink, machine shops increasingly rely on imports that require shipping from a coastal port to as far away as halfway across the country. The planning, logistics and cost of this transport for a company located hundreds of miles inland is substantial — a fact that undercut Princeton Tool’s ability to provide its customers with low, fixed costs for casting operations. “You're looking at two or three days if you don't want to overnight it,” Bevington says. “And then obviously you're putting money into shipping cost that previously wasn't in (the customer’s) plans.”

These logistical challenges impeded Princeton Tool’s ability to gain a foothold with customers on the West Coast — something that was already difficult for a company that wasn’t a familiar name to potential customers hundreds of miles away. But now that Princeton Tool has acquired Paragon Precision — a company that offers 5-axis CNC machining and has deep experience producing turbomachinery parts —  the expanded company has the potential to increase its market share and keep costs lower for customers in or near the most populated state in the country.

Paragon Precision began as Paragon Tool, Die and Engineering in 1946, and by the early 1950s had evolved into the production of rotating components for the aerospace industry, including rotating assemblies for the Titan Rocket propulsion system in 1953. Today the company specializes in the machining of blades, blisks, vanes, rotors, nozzles, impellers and other parts associated with turbomachinery for the aerospace, defense and commercial markets. In other words, the company would have been considered a competitor to Princeton Tool if the latter company was well known in the region.

This crossover in product lines means that the two companies can share not only technological capabilities, but also operational knowledge about machining processes, logistics and business operations. On a less tangible level, Bevington says that a synergy existed between the cultures of the two companies as well. He says that Paragon places a premium on its employees, many of whom have been with the company for more than 30 years. “I’ve talked with people there who’ve shared their stories about how they started working there when they were 17 years old, and they've never left,” Bevington says. “They have loyalty, you know? You can go in there and you talk to these individuals, and you can tell that they really care about what they do. That was just something that really allowed us to take a step back and kind of realize that what they had was something special.”

The enhanced machining capacity that Paragon Precision brings to the table will do more than increase production for Princeton Tool, Bevington says. It also offers technological redundancy capabilities that he says will put customers at ease. Each company boasts several dozen EDM and CNC machining centers, and with that equipment duplication comes an ability to shift production should there be future disruptions similar to what the current pandemic. “God forbid there is a natural disaster in our future, but with our processes and capabilities at each location, we could transfer jobs and continue to meet the customer's needs without putting a screeching halt to their program.”

The shop floor of Princeton Tool, which operates more than 160 EDM machines and other CNC machines at its headquarters outside of Cleveland, Ohio.

The Right Time to Buy

While these three categories speak broadly to the reasons why Bevington decided to acquire Paragon Tool, there was another motivation that has to do with the demographics of machine shop ownership in this country — a category that skews heavily toward the Baby Boomer generation that is near or at retirement age.

Bevington says that he and others at Princeton Tool had been thinking about expanding to the West Coast for some time, going so far as to meet with potential candidates as early as 2017. Bevington says that none felt the right fit.

And then, one day, an employee for one of Princeton Tool’s suppliers mentioned to Bevington that he had heard that a machine shop in California was looking to sell. The owner was ready to retire, this source said, and he would be happy to introduce him to Bevington and his team. “So he made the introduction, and really we just reached out and started going down that path,” Bevington says. “We met, and it became clear that we all wanted to roll with it from there.”

In addition to the synergies that existed between the two companies, Bevington discovered untapped potential in Paragon that made the acquisition even more enticing: As the previous owner began looking for a buyer, the motivation to invest in new equipment had naturally dropped.

This lack of recent capital investment in Paragon may have been considered a shortcoming for the company under normal conditions, but for Bevington it presented a strategic opportunity. “Paragon historically has been known to do a substantial amount of prototyping work,” Bevington says. “The company has been known for making a great quality product, but we want to get to production volumes. We want to be able to grow this business and attract additional customers and go after production type of work.”

The two areas of focus in the near-term, Bevington says, will be workholding and inspection. He believes that new investments in equipment will make the work easier for existing employees and serve to increase product quality. He expects these transitions to happen naturally as new equipment comes online — a process he’s eager to begin, but only through methodical planning.

“My father, when he started the business, organic growth was really his philosophy,” Bevington says. “He was successful in doing that, which allowed us to have this opportunity to look into acquisitions. But looking at the pace of growth, personally I would like to see Princeton Tool grow faster. We want to reinvest in Princeton Tool and make us a stronger supplier — not just as a West Coast presence but on the East Coast as well. We want to grow our customer base and grow our business portfolio and strengthen our overall business stability over the next 25 years..”

Bevington says he is still taking in the lessons that he learned through the acquisition experience, but one lesson he has learned already stands out: patience. “When we started talking to Paragon in October of 2019, we met with the team and had a really good feeling about it,” he says. But still, the progress from there seemed like inching forward. “The whole process of looking at the previous owner’s idea of the value of the company, and sort of squaring that with our idea of the value — that was really the big learning curve for us.” Getting to this perspective was worth the wait, he says. “Now, looking at opportunities in the future means having a better understanding of that value understanding the negotiation side of the acquisition process. That was really the big takeaway for us.”