Let Them Move the Table

Empower your employees to make a lot of little changes and improvements to make their job in your machine shop easier. Small increments of improved efficiency add up quickly.

I’m not a big movie-watcher. This is largely because I typically spend much of my work day sitting in front of a computer. The last thing I want to do after that is to plop down to watch TV. I need to get up and move around; to do something. 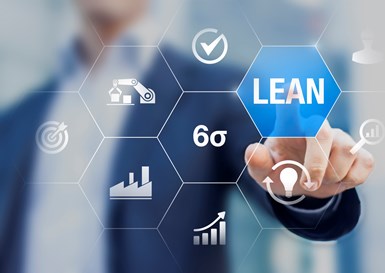 That said, there are movies I like and scenes I appreciate. One example of the latter you might not expect me to point out is in the sci-fi, comedy and action film “Men in Black.” When actor Will Smith’s character, James Darrel Edwards III, was still an officer with the NYPD (before becoming one of the MiB), he participated in a series of tests with other MiB prospects.

The first was a written exam where Edwards and the others were seated in uncomfortable, egg-shaped chairs. All of them struggled to find a comfortable position to write their answers. At one point, Edwards poked a hole through a sheet of paper with his pencil and then went on to break the pencil in half. After that, though, he noticed a lone table in the middle of the room. Rather than continue the test in the chair, he pulled the table close to him so he could use it to write on. While dragging the table, it made a loud, screeching noise and all the other test-takers looked at him as if he had a screw loose.

But, what had he done? He found a simple answer to a simple problem. Paul Akers would call this “fixing what bugs you.”

Akers is a person who wears many hats. He is founder and president of FastCap, a product development company specializing in woodworking tools and hardware for the professional builder. He also has authored various books related to lean manufacturing, his first and perhaps most popular being “2-Second Lean.” This book presents lean in a basic, easily understandable concept espousing the importance of continuously making small improvements in life and work.

He talked about this concept at the Precision Machined Products Association’s (PMPA) Update Conference earlier this year. He also shared videos of improvement efforts made by his FastCap employees and those at other manufacturing operations around the world, employees who know they are empowered to initiate those changes on their own. (Some of these are shown on his Paul Akers YouTube page.)

But, how do you start to implement an idea such as this in your company? One way that Akers suggested is to create a preliminary “learning laboratory.”

As he explained it, the idea here is to first identify a few people in your company who strongly display the willingness to adopt new ideas and commit to a lean manufacturing mindset — those who “get it.” Then, rather than rolling out lean concepts to the entire company, you focus on supporting that small group’s continuous improvement efforts, growing that mini culture, while letting all others continue to go about business as usual.

What’s likely to happen? After a period of time during which that group has made various and visible changes to improve their efficiency, others will take notice. That’s when the snowball effect begins and more people in the company will see the value in continuous improvement.

Much of what Akers talked about relative to lean parallels responses to the LinkedIn post I mentioned in my column last month. In it, we asked followers to offer advice to a manager of a screw machine shop who was wondering how to begin instilling a lean culture of continuous improvement. Here are a few points from post responders:

What say you? Find that post at gbm.media/leanadvice to learn more and/or chime in. And encourage your employees to move the table.