Look Beyond the Benchmark

Shops that aim for traditional benchmarks could be limiting their progress. Instead, companies should focus on what they believe in or stand for beyond what they sell or make. 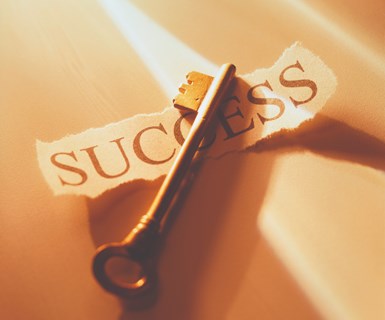 According to Brent Robertson of Fathom, the key to success for manufacturers is discovering what they believe in or stand for beyond what they sell or make.

As a founding partner at Fathom, I have spent the last 20 years helping hundreds of manufacturers reach their next level of performance. In that time, I’ve discovered that the key to unlocking extraordinary performance isn’t always in plain sight, or among the familiar tools traditionally used to provoke growth. Manufacturers often use some form of the well-established practice of “performance benchmarking” to understand, measure, and strategically plan for growth. And why not? Benchmarks are a stake in the ground established by internal references, such as the past performance of the business, or by external references, like a comparable business or industry standard. Benchmarks are clear and understandable, and the paths to achieving them are usually known and teachable.

However, if a company’s aims are limited to traditional benchmarks, the best it will likely perform is some trailing distance from that benchmark. There are two reasons for this:

Another limit to traditional benchmarks is that they favor efforts to improve incrementally. They do not invite, or even account for, breakthrough performance beyond what’s known as possible.

And finally, because traditional benchmarks are well known and understood, other competing manufacturers have access to, and are most likely leveraging the same tools and strategies, further blurring a company’s unique value proposition and inviting commoditization.

There is another target manufacturers can set their sights on. When combined with benchmarking, it has the potential to unleash previously unknown and unlimited opportunities for breakthrough performance. We call it “belief:” focusing on what a company believes in or stands for beyond what it sells or makes.

By focusing on belief instead of benchmarks, companies can create unknown and unlimited opportunities.

During my keynote at the 2018 Precision Manufactured Products Association (PMPA) annual meeting, I shared two client stories that illustrate the performance that’s possible when businesses aim for ideas beyond traditional benchmarks. Both businesses have long histories, are family owned and compete in highly commoditized segments of the supply chain.

For DaCruz Manufacturing, the key that unlocked its growth in revenue and reputation is that it came to see that its people and the experiences it delivers for customers are just as important as its products, equipment and facilities. Its website (dacruzmfg.com) puts who it is and what it promises front and center. And it’s not just on the website—the company advocates for the precision manufacturing industry nationally and serves as a steward of the local community. As a result, DaCruz is an essential partner for its customers, not just one of many suppliers purchasing departments can choose from.

Willington Nameplate is another example of what’s possible when manufacturers think and act from a place beyond the products they make. Willington manufactures identity and nameplate solutions. For years, it thought of itself as a nuisance commodity manufacturer – makers of a product required by regulators and logistics that no one really wanted to buy. After extensive focus groups with clients and partners, we helped the company discover that it actually enables communication. Everything it makes has an essential message or vital information to convey—information that could save lives or millions of dollars of downtime. This shift in thinking not only enhanced the confidence and enthusiasm of the team, but it also transformed how they relate to and deliver solutions for their customers. As a result, it is now among the most successful and respected businesses in its industry.

The common theme in both of these stories, and what dozens of Fathom’s clients have realized, is that businesses that are driven by ideas beyond what they sell and make outperform those that aren’t. The good news is that every manufacturing business has these types of powerful ideas already baked in. The bad news is they will remain hidden and inaccessible if companies are unwilling to look beyond the benchmark. Discovering what’s beyond the benchmark starts by being courageous enough to ask two key questions:

Brent Robertson works with leaders to design futures worth fighting for. A partner at Fathom, he champions an approach to strategic planning, employee engagement, leadership succession and market differentiation that prioritizes people and relationships. As a result, his clients don’t simply plan their futures, they bring them to life through the energy of organization-wide involvement in, and commitment to, generating valuable businesses that matter.