The Race for a Coronavirus Vaccine Spurs Syringe, Vial Production

As the world eagerly awaits a vaccine to inoculate against Covid-19, molders of syringes and vials are boosting production to meet what will be desperate, crushing need.
#covid-19

SiO2’s plastic vials start as injection molded preforms that are stretch blowmolded and coated with silica to provide barrier and protect the contained pharmaceutical.

Plastics processors rapidly answered the call for personal protective equipment (PPE), life-saving devices and testing paraphernalia in the early days of the coronavirus outbreak, and as the world watches vaccine development with hopeful eyes, many companies are already stepping up drug delivery production in anticipation of an effective shot against the virus.

More than 165 vaccines against the coronavirus are currently being developed all around the world, including 27 already in human trials, according to the New York Times Coronavirus Vaccine Tracker. As those move through phase I, II and III trials—four are currently in phase III large-scale testing—and become approved, governments around the world are pre-ordering vaccines, including contracting out the requisite syringes and vials. By some estimates, 850 million syringes could be needed in the U.S. alone, assuming two doses for each person as many of the vaccines under development would require a secondary booster of vaccine after the first shot. Globally, even if larger, multi-dose versions are created, billions of vials holding the vaccine must also be created. 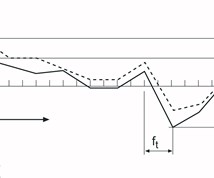 “The nation can produce all the vaccines we want, but we must have appropriate containers to store them and deliver them to patients safely.”

Here in the U.S., the urgent need to get out ahead of demand has resulted in some opportunities for novel plastics drug delivery and storage platforms, which are competing in areas where glass is still the norm. “Project Jumpstart” was announced by the Department of Defense and the U.S. Department of Health and Human Services to “dramatically expand U.S. production capability for domestically manufactured, medical-grade injection devices starting by October 2020.”

Retractable Technologies (Little Elm, Tex.) signed two contracts with the U.S. government worth $137.4 million to supply syringes for a vaccine once developed, according to The Dallas Morning News. As the companies name would suggest, with its syringes, the needle automatically retracts directly from the patient into the barrel of the syringe when the plunger handle is fully depressed. In 2016, the company reported placing orders for additional injection molding machines and molds to boost capacity for its retractable EasyPoint needle.

Retractable Technologies' 3-ml VanishPoint syringe before and after retraction.

In its first quarter earnings report, Retractable did note that in 2019, Chinese manufacturers produced approximately 82.6% of its products. When Covid-19 struck China, that supply was interrupted, but the company said, “we believe we have sufficient inventory to fulfill demand despite having experienced a temporary disruption in our supply of products from China.”

ApiJect Systems America was awarded a $138 million contract to create plastic prefilled syringes beginning later this year using its Blow-Fill-Seal (BFS) aseptic technology. Steve Hofman, director of media relations for ApiJect told Plastics Technology that in the BFS technology, raw resin is melted in a continuous process and then formed, filled and sealed. The needle hub is injection molded from polypropylene (PP). A Department of Defense press release said the plan was to “immediately upgrade a sufficient number of existing domestic BFS facilities with installations of filling-line and technical improvements” to enable the manufacture of more than 100 million prefilled syringes for distribution across the United States by year-end 2020. 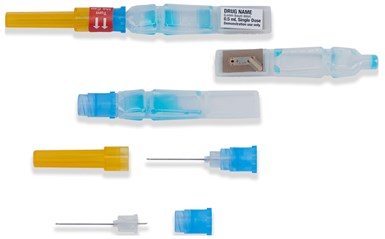 ApiJect has signed a deal with the government to provide pre-filled syringes of any future coronavirus vaccine.

RAPID USA, an ApiJect subsidiary, is building new and permanent U.S.-based BFS facilities with the ultimate production goal of more than 500 million prefilled syringes (doses) in 2021. In a release, the company said it would contract with a number of existing U.S.-based BFS facilities to install filling lines and technical upgrades to enable production of prefilled syringes before year-end.

Production will begin in Connecticut, South Carolina and Illinois, with potential expansion to other U.S.-based locations. The DOD said RAPID, which will be a public-private partnership, “will provide increased lifesaving capability against future national health emergencies that require population-scale vaccine administration on an urgent basis.” By late 2021, Stage 2 of the plan calls for a network of 30 U.S.-based BFS manufacturing lines at three geographically dispersed sites. Once operational, these 30 lines will fill, finish, and package up to 330 million prefilled BFS syringes per month.

In another private-public partnership, Becton, Dickinson and Company (BD) announced on July 8 a $70 million “manufacturing infrastructure” project for mass vaccination with Health and Human Services’ Biomedical Advanced Research and Development Authority (BARDA) group. BD also finalized an initial order for 50 million needles and syringes to be delivered by the end of December 2020 to support the U.S. vaccination effort for COVID-19. The company said this order will be fulfilled by its current manufacturing footprint. 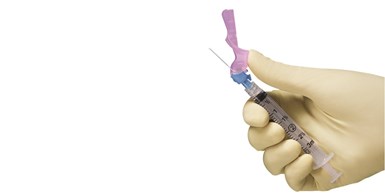 BD is partnering with the U.S. government to boost domestic syringe capacity for this and future outbreaks.

The partnership involves BARDA investing an estimated $42 million into a $70 million capital project to that will expand BD’s Nebraska operation. BD believes the new capacity will be online within 12 months. Once completed, BARDA will have “priority access to injection devices from these new manufacturing lines” to support mass Covid-19 vaccinations, as well as for future pandemics. BD noted that over the past four years it has committed to investing more than $340 million in its Nebraska facilities. In fact, based on its current capabilities, the company didn’t think the rush order of 50 million vaccine injection devices by the end of 2020 would impact any of its previous customer orders.

In addition to syringes to inject the vaccine, vials will be needed for its storage and transport. The amount required is already stressing the market for the material traditionally used—borosilicate glass. Read coverage from my colleagues on how the the resin supply chain and manufacturers are stepping up with plastic alternatives.

SiO2 Materials Science (Auburn, Ala.)  has been tapped by the federal government with a $143 million agreement to supply its own unique plastic alternative in another collaboration with BARDA. SiO2 starts with an injection molded preform that is then stretch blowmolded into its final shape and coated with a 20 nanometer thick layer of silica via plasma-enhanced chemical vapor deposition (PECVD). SiO2 says the resulting vial has four layers, starting with a silica and carbon protective layer that’s in contact with the drug; a barrier layer of pure silica; and then an adhesion layer that bonds those to the plastic.

Benefits to the design include thermal stability and integrity, chemical stability, gas barrier, mechanical durability, no breakage and precision dimensions. The vials are thermally stable from -196C to 121C, with seal integrity down to -80C. Chemical stability allows the vials to house liquids with pH ranges from 3-14, and SiO2 says the risk of delamination and metal ions seen in some cases with glass vials is eliminated.

The gas barrier grants the vials long shelf life, and, in addition to being shatterproof and safe if dropped, they can withstand 1500 pounds of direct force. SiO2 says precision molding makes the products up to 15 times more dimensionally consistent than glass, which eases their use with autoinjectors and other drug delivery devices.

“The nation can produce all the vaccines we want, but we must have appropriate containers to store them and deliver them to patients safely,” Robert S. Langer, MIT professor and advisor to SiO2, said in a release announcing the deal. “Many drug development and drug formulation innovations can be limited due to variables associated with traditional glass vials and syringes. The SiO2 vials and syringes eliminate these variables and allow drug development partners to bring their innovations to life.”

SiO2 has a 165,000-ft2 manufacturing plant in Alabama, including Class 7 cleanrooms.