Why Your Machine Shop Will Have a 3D Printer

In the future, we’re likely to take it for granted that small machining businesses routinely use 3D printing as a complement to their machine tools. The 3D printer can do work that frees up the more valuable machines. 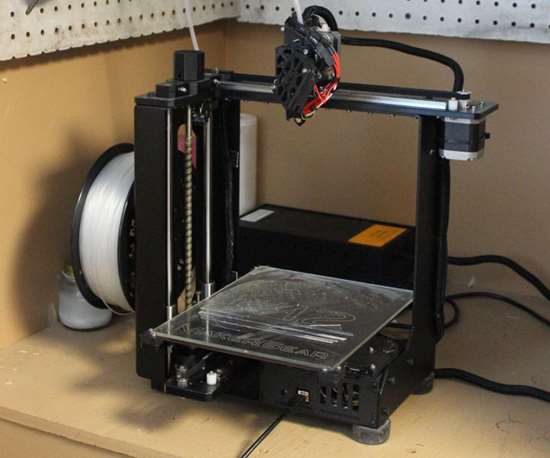 This is the 3D printer used by TriPro Technologies, a small machine shop in Maryland. Read here about the success the shop has had with this device.

The term “3D printer” gets applied to a lot of devices, sometimes including high-end additive manufacturing systems. Yet the term seems more fitting when applied to less expensive machines, particularly the desktop machines that actually resemble a printer. Much of the discussion of the promise of 3D printing in manufacturing focuses on the higher-end machines, but devices at the lower end of the scale are also important in this context. In the future, I think we will take it for granted that practically every part-making business has some sort of low-cost 3D printer, particularly machine shops. That is, I think we will come to expect that the typical machining job shop has at least a desktop 3D printer, routinely using this device as a complement to its CNC machine tools.

Part of the reason I think this is anecdotal. The recurring theme I hear in job shops’ testimonies about their 3D printers is that they were surprised to discover how useful these devices proved to be. But the other part of my reasoning is the basis I see for this usefulness. A 3D printer and a machine tool make such good partners because the former fills a role the other can’t fill efficiently. 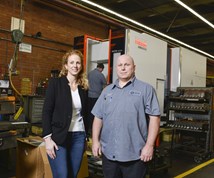 That role has to do with the fact that not every item made in a machine shop is a production part. Some items are created for internal use, and some are made for communication with the customer. In a job shop, it would be great if every piece produced was fully and directly billable, but that’s not reality. The additional items that are necessary get made on the very same machine tools that run production, because in a small shop, what other choice is there?

Answer: The 3D printer can be the other choice. In a job shop, this device can make some of those parts that the more valuable CNC machine tools should not be spending time on. Indeed, this device makes parts the valuable employees shouldn’t spend so much time on, either.

Prototypes are perhaps the beginning of this. For the small shop, how many jobs begin as “napkin drawings” or similar rough sketches? In each of these cases, a prototype has to be made first, if not a series of prototypes, just to reveal to both the customer and the shop where the rough sketch falls short. On the machine tool, the cost of making each of these unique prototypes includes not only the machine time but also setup. Or, seemingly a much better alternative is to let the 3D printer run through the night to generate this piece. The prototype made this way would convey the part’s form, and depending on the application, it might even stand in to serve the part’s function.

Tooling comes next. For any given job, custom tooling might be needed either to fixture the part effectively or to inspect it. Making this tool prior to production is a sound investment, because an effective tool will speed the job. But 3D printing can reduce the cost of that investment. Indeed, a 3D printer can allow the shop to generate this custom tool in the very same office where the tool is designed.

Then there are the projects so small and seemingly fussy that no shop would imagine devoting CNC machine time to them. The 3D printer makes it possible to playfully invent solutions to the problems these projects represent. For example, how much better would parts from the lathe stack up if the chute delivering them could curve at a better angle? How much simpler would a given setup be if a custom rack arranged the required hand tools in the right sequence? And what common errors or safety hazards could be avoided with a small, custom 3D-printed cap or barrier to block the mistake or cover the injury point? Solve enough little problems and the cumulative effect is large. In fact, that’s the frequent observation I hear from shops using 3D printers: They didn’t appreciate how many of these little problems there were to solve until they had a reason to start seeing them.

Not just any 3D printer will do. “Low cost” shouldn’t mean inadequate. An inexpensive 3D printer that is too light on capability might prove frustrating when used in an industrial context. But even so, the printer that can deliver all of the benefits above is liable to cost much less than the least expensive production CNC machine in the shop. And then, for the shop that wants to go farther, there are the 3D printers at still higher levels of capability that could also be used as resources to make production parts.