Where Medical Manufacturing Is Headed in 2020

You may need to install the GoToMeeting Codec for Windows Media Player to watch recorded webinars. 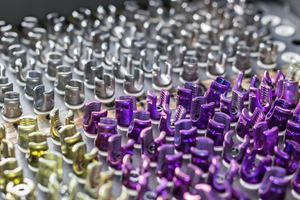 In the second half of 2019, many end-markets served by manufacturers were signaling distress. The medical manufacturing sector was one of a select few industries that actually experienced accelerating growth during the later part of 2019. Gardner Intelligence's Chief Economist, Michael Guckes along with Plastic Technology Editors Jim Callari, Matt Naitove, and Tony Deligio will discuss what is fueling the medical sector's exceptional growth.

Michael Guckes
Chief Economist & Director of Analytics, Gardner Intelligence
Michael has 20 years of experience in forecasting and modeling using advanced statistical techniques. He has successfully applied his expertise at multi-billion dollar companies in the construction, banking and insurance fields. Michael received his BA in Economics and Political Science from Kenyon College and his MBA from The Ohio State University.

Jim Callari
Editorial Director, Plastics Technology
Jim has been in plastics journalism since 1988, when he joined the staff of Plastics World Magazine as senior editor. Jim joined Plastics Technology in 1997 as executive editor, and became editorial director in 2009.

Matt Naitove
Executive Editor, Plastics Technology
Matt started at PT as a cub reporter fresh out of school and rose through the ranks to Chief Editor, a position he held for 29 years.