The MTA welcomed Andy Hodgson for a two-year term as its president during its first virtual AGM. Hodgson succeeds Marcus Burton. 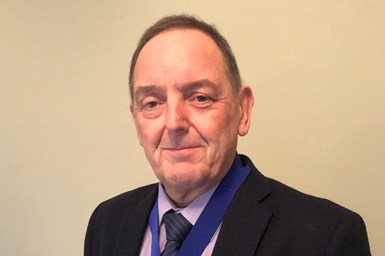 Members of the Manufacturing Technologies Association (MTA) met online December 8 for the organization’s first-ever virtual AGM. As part of this meeting, the MTA also welcomed Andy Hodgson, strategic lead of digitalization at Siemens, as its new president. Hodgson has played an active role in the MTA for many years as a board member and served as the technical committee chairman for the last two years, stepping down to take on this new role.

Hodgson will serve a two-year term as president of the MTA. He has a wealth of experience in the manufacturing technologies sector as well as firsthand experience of the acceleration of digitalization within the industry. He succeeds Marcus Burton, who received warm thanks during the meeting.

“Marcus Burton’s presidency will be a hard act to follow and his leadership and foresight has been, and still is, critical to the continued existence of the association,” says Hodgson. “It is a great honor to be appointed as President of the MTA and I hope that I can build upon the successes we have shared and bring the projects we have started to fruition.

“I look forward during my presidency to steering the association, supported by the board, through the troubled waters that still lie ahead with a pandemic still upon us and Brexit just around the corner.”

“We are delighted to welcome Andy Hodgson as president of the Association,” says James Selka, CEO of the MTA. “His strength of bridging the gap between machine tool control and representing Siemens for Industry 4.0 in the UK makes him an ideal representative of our rapidly evolving industry.”