The company was founded in 1919 as a mechanical workshop for welding cast iron and aluminum. Since the 1990s, Arnold has specialized in laser technologies.

Arnold, a manufacturer of laser technologies, recently celebrated 100 years at its headquarters in Ravensburg, Germany. The event included various presentations on the history of the company’s emerging technologies as well as its recent developments.

Arnold machines are distributed in the United States by GMTA America. 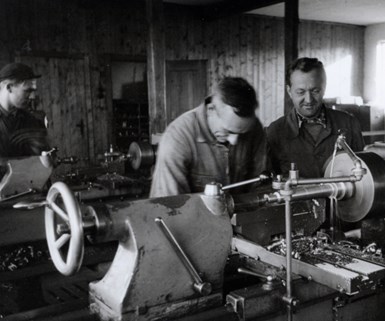 The company was founded in 1919 as a mechanical workshop by Anton Arnold. At the time, the company was considered a special welding plant for cast iron and aluminum. From 1950, under the leadership of Karl Arnold, the company developed contract turning for automatic turning parts. From 1969, the focus shifted to equipment construction and special machines for various industries. In 1985, the first laser system was built for ZF Friedrichshafen. 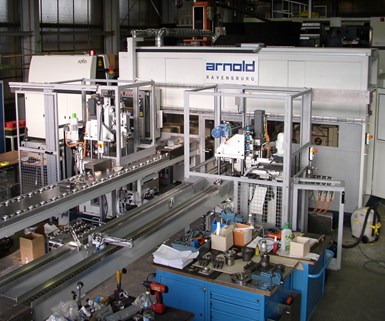 In 1985, Spectra Physics, the predecessor of Rofin Sinar, reached out to Arnold for the construction of a rotary axis and clamping technology for a laser welding system for transmission wheels. This project was Arnold’s first step into laser technology. Available in 1985 and beyond, Arnold constructed thousands of clamping devices for milling machines and engine processing. Also included were pallet change systems for large machining centers, assembly lines for motors, test fields, keyboard drills and battery levels.

Even though there were isolated laser projects parallel to the classic special machine construction of the first few years, the main focus of the company since the 1990s has been the construction of laser systems. The first few laser applications were used in gear wheels, heat exchangers, shaft welding with induction and starter contacts for incandescent lamps.