Comau to Spin Off from FCA Next Spring

Fiat Chrysler Automobiles says it will be ready to spin off its Turin-based Comau industrial automation business next spring.

Why Does It Matter?

FCA has been studying plans to shed Comau since at least 2017. The idea was part of a broad plan to focus on mass-market vehicle production while shedding peripheral operations and less successful car brands. 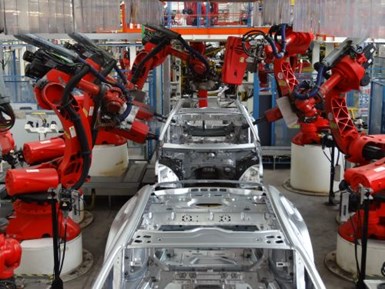 One goal was to make the carmaker more attractive as a merger partner. That objective is moot, now that FCA is moving closer to a 50:50 merger with PSA Group.

The $47 billion deal would create the world’s third-largest vehicle manufacturer with annual unit sales of some 8.7 million cars, trucks and SUVs. The partners insist the deal remains on track, but terms are being rewritten by the coronavirus pandemic.

FCA has named two senior executives to help shepherd Comau through an initial public offering in 2021.

Paolo Carmassi has been named CEO. He succeeds Mauro Fenzi, who left in December to head Italian components company Sogefi.

Carmassi joins Comau from Malvern Panalytical, a supplier of instrumentation for materials analysis, where he had been president for the past four years. Before that assignment, he headed Honeywell’s aerospace business in Europe.

Alessandro Nasi is Comau’s new chairman. He joined Fiat’s powertrain operations 15 years ago and most recently has been chairman of Iveco Defense Vehicles. Nasi also sits on the boards of Exor (the holding company that owns 30% of FCA) and the carmaker’s Fiat Powertrain Technologies unit.

FCA predicts a bright business future for Comau as the unit extends its automotive expertise into other sectors of manufacturing.