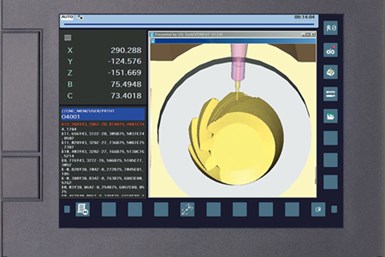 A growing number of manufacturing industries, such as aerospace, medical and mold and die job shops, are incorporating five-axis simultaneous processing in their operations. By optimizing FANUC CNCs with this new Mastercam postprocessor, the companies say machine tools will be able to produce parts modeled in the CAD system more precisely.