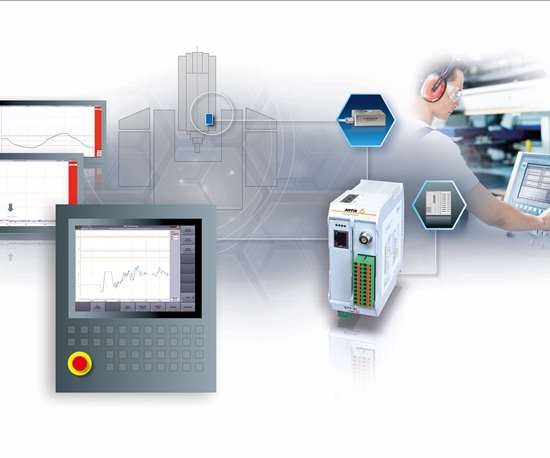 Marposs’ Genior Modular GEMCMS-02 is a compact machine monitoring system designed to identify the potential for machine tool component collisions and crash damage. The GEMCMS-02 can be used as a standalone system or in combination with other Genior Modular solutions, achieving collision detection, process monitoring and parallel process visualization. Minimizing the risk of downtime that can occur by programming, setup or operating errors, it can be integrated into machine tools, robots and other equipment.

As with other Genior Modular products, the GEMCMS-02 is independent of control or machine type and can be retrofitted to existing machines. It provides protection from the first part with no teach cut required, the company says.

The GEMCMS-02 monitors the deformation of the spindle housing structure with a piezo strain sensor that detects irregularities in the production process. It measures elastic deformation in the range of one tenth of a micron and detects both slowly and dynamically increasing forces that can indicate damage potential. It then generates a stop signal within one millisecond, helping to eliminate machine crashes that can result in high repair costs and long down times.

The kit consists of an electronic module, a sensor and a software package for configuration, visualization and data management achieved by connecting an Ethernet cable to a Windows-based industrial PC, Windows-based machine control panel or IPC4 dedicated monitor. There are three operation modes and three limits per mode. Detailed event records including date, time and other signals can be used for further evaluation.