General Motor’s Spring Hill, Tennessee, facility had a problem in 2017 — but those who worked there didn’t know it yet. The assembly plant was paying $37 a piece for a part used in more than 80 different jigs, fixtures and hand tools across the facility. This component was critical to maintaining smooth operations. It was also quite simple: a washer. 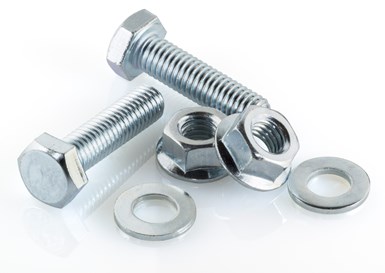 Even though we tend to associate 3D printing with complexity, simple parts like washers can sometimes be a good fit for this production method. (Stock photo.)

A moment came in 2017 when a purchasing manager was about to order more of these washers. It was then that Chris Gaddes found his opening.

Mr. Gaddes is employed by design firm Gresham Smith but has been embedded at the Spring Hill plant as a contracted CAD technician since 2015. 3D printing became part of his job there two years later, when he was tasked with identifying new applications for the facility’s under-utilized desktop 3D printer, a MakerBot Replicator.

Perhaps with this in mind, the purchasing manager hesitated — and instead of placing the order, asked Mr. Gaddes if the part could be 3D printed.

“That washer was one of the first things we tried to replicate with the printer,” he says. “We installed some, and one month later, they were still running.”

With this change, the plant no longer had to wait weeks for the washers to be delivered. And, it saw a significant cost savings: Each plastic 3D printed washer cost just $0.13 to make.

But the full impact extended far beyond the washer itself. The success of printing this one component opened more eyes to the possibility of 3D printing and became the catalyst for more 3D-printed tooling. (This story may be about an assembly facility, but ask any machine shop employee who’s had to “sell” 3D printing to colleagues, and I’m guessing they’d tell you how valuable a great example can be.) 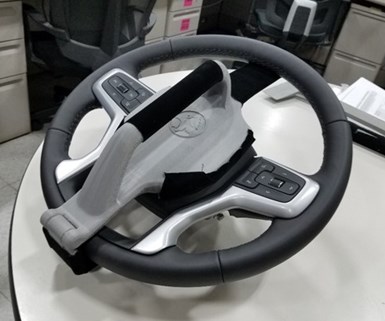 The success of the washer has even led to the creation of tools that didn’t exist before, like this airbag fixture. Previously, assemblers had to hold all the airbag system components in place with their hands while installing it on the steering wheel.

GM management encouraged other employees to submit their ideas to Mr. Gaddes, which has resulted in easier design changes, improvements to existing tooling and even new tools where none existed before. Suddenly, new problems became visible simply because there was a possible solution.

Read the full story for more photos and detail (and find additional tooling and automotive applications for 3D printing) on the Additive Manufacturing website.