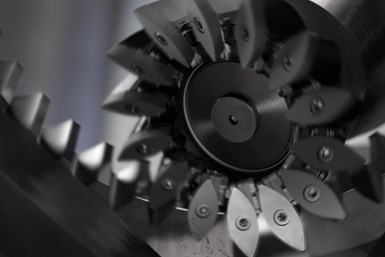 The overall number of industrial robots operating in factories worldwide grew to 2.7 million in 2019, according to the 2020 World Robotics Report by the International Federation of Robotics (IFR). This was a 12% increase from 2018 and a historic high. Robots now factor into a range of industries, from automotive and aerospace to the food industry and pharmaceuticals — yet all of these sectors have common requirements.

Today’s industrial robots must not only fit into increasingly small spaces, dedicating as much “manufacturing real estate” as possible to production, but also be lighter with reduced inertia and the ability to perform more exact movements with optimal speed and efficiency. This places pressure on manufacturers to machine smaller and more precisely engineered components with increased design flexibility.

Manufacturers must cost-effectively meet these requirements while maximizing machine uptime and reducing cycle times. Scenarios like the ongoing COVID-19 pandemic also introduce challenges to the shop floor, such as unpredictable demand and the need to maintain productivity with fewer workers at any one time.

In the face of all these challenges, Sandvik Coromant recommends looking to power skiving, which has particularly benefited gear manufacturing in the automotive industry, and recommends its PrimeTurning concept. 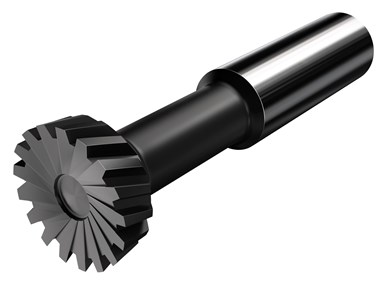 By combining hobbing and shaping, power skiving enables manufacturers to use a single, multitasking machine to combine what would have been several operations on specialized machines. This change increases machine utilization — as well as gross profit margins.
Photo Credit: Sandvik Coromant

What is Power Skiving?

Power skiving is a continuous rotary cutting technique where the tool meshes with the gear under production. The intersecting angle between the tool and gear axis affects the revolution speed and greatly benefits productivity. As the process combines hobbing and shaping, power skiving enables machining of a whole component in a single, multi-tasking machine rather than several machines. A single set-up greatly improves machine utilization and total profit — based on Sandvik Coromant’s own findings, a 20% increase in machine utilization can provide a 10% higher gross profit margin. Manufacturers can also benefit from increased design precision and flexibility.

In another case, a robotics manufacturer in Korea approached Sandvik Coromant for assistance producing an internal gear reducer the manufacturer would use for precise motion control in one of its robots.

One Sandvik Coromant customer in the automotive segment achieved a 90% reduction in machining time through the use of power skiving tools.

The customer’s existing production setup took up to 60 minutes to machine a single part. Sandvik Coromant’s power skiving solution, which the customer used in an NTX 1000 machining center from DMG Mori, boosted productivity enough that each component took only eight minutes to machine.

PrimeTurning technology enables machine shops to complete longitudinal (forward and back), facing and profiling operations with a single tool. The methodology is based on the tool entering the component at the chuck and removing material as it travels towards the end of the component. This prioritizes metal removal rates and results in faster, quality production and changeovers.