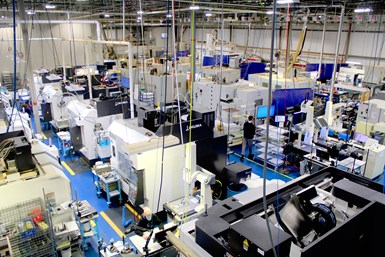 Despite having a sign permanently fixed to the front of its building reading “machinists wanted,” the company was challenged to find experienced, qualified people to fill its customers’ ever-increasing orders and forecasts over three production shifts. As a result, Eptam decided to augment its staff with technology designed to better visualize its facility and meet the growing demand on its people by customers and suppliers. After seeing a demonstration of Datanomix’s Fusion software, Eptam chose it to monitor, measure and identify capacity constraints. The company began by integrating the Fusion system into its medical components value stream. 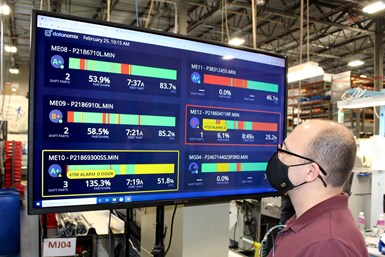 Datanomix Fusion production monitoring software connects to the controller of each CNC machine on the production floor, reading data through industry-standard protocols like MTConnect and FANUC Focas, then determines benchmark information such as typical cycle times, utilization and rate of part production. The process is fully automatic — ﻿it does not require operator input or enterprise resource planning (ERP) data integration to understand what part is being made or how to create the benchmark. It determines targets within a handful of parts, but constantly recalibrates as it obtains more data. The software assigns a productivity score called Fusion Factor on a scale that ranges from A+ to C-: As indicate production at or above the benchmark, Bs mean production has fallen slightly behind and Cs warn of severe problems. These ratings inform most of Fusion’s other features.

For its part, Eptam will often have a senior machinist run a new job to demonstrate peak performance — for example, to show that a particular job should make a part every 45 minutes, 30 of which are machining time and 15 of which are various operator interactions, resulting in 67% utilization and a 0.75 parts per hour rate. The software then compares regular production to this benchmark, noting when the Fusion Factor drops and examining the data for patterns. These patterns can help supervisors spot training gaps — as when an operator is taking longer at a particular step — or other efficiency or resource deviations the manufacturer can adjust for continuous improvement.

The Fusion software generates benchmark and performance data into several reports, each of which streamlines a different facet of production visibility. 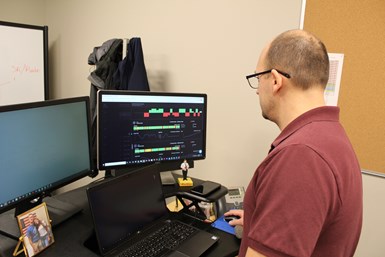 By automatically gathering this information and generating these reports, Datanomix says its Fusion software saved Eptam hours of data chasing, as the shop had previously collected this data by walking the shop floor. The extra time not only enabled the shop to increase its productivity and make key decisions, it allowed Eptam to better adjust alongside the market.

During the early part of the COVID pandemic, Eptam’s medical division saw a decrease in demand on account of the freezing of elective surgeries, even as its semiconductor part division saw a massive increase in demand from original equipment manufacturers (OEMs). Some of these semiconductor parts use expensive materials that range from $50 to $400 per pound and require material stability in extreme temperatures and corrosive environments, as well as antibacterial and dimensional integrity. As a result, manufacturing these parts requires Eptam to stay cognizant of overwhelming amounts of data. The parts’ cycle times also tend to extend into hours, making utilization of machine-time and conformance to cycle time standards vital. Having seen the benefits of machine-level benchmarks and increased visibility from its medical components cell, Eptam quickly decided to connect its semiconductor fabrication machines to Datanomix’s Fusion system.

With the Eptam Northfield facility now connected and able to visualize data, the production staff has complete clarity on the performance of the day while it happens, on how to turn threats to productivity into training and continuous improvement, on obstacles standing in the way of greater output and on where to dispatch key personnel to keep the day trending positively.