The company was begun by Richard Glimpel in 1920, who invented a spiral-pointed tap that could do with one tool what it normally took three to accomplish. 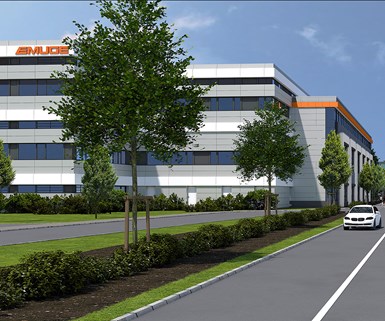 In 1920, Richard Glimpel, a German engineer, invented a tap with a spiral point that changed the process of making internal threads, outperforming the three-part tap set by enabling the use of only the one tool. The new tool was so successful it helped secure a large order and growth for the fledgling company that Mr. Glimpel and three employees had started. In 1956, Helmut Glimpel, son of the founder and current owner, joined the company. In 1958 Emuge acquired Franken, a manufacturer of milling tools, and changed its name to Emuge-Franken. In 1983 the company established Emuge Corp. in the United States, which recently expanded its facility in West Boylston, Massachussets. Today, Emuge-Franken has more than 1,900 employees with locations worldwide.

Moving forward, Emuge-Franken has committed to further expansion. Construction is now underway to build a new 215,000-square-foot production facility opposite the current global headquarters in Lauf, Germany. The facility, slated to be fully operational by 2023, will enable significant manufacturing capacity increases, the company says.