Founded in 1919 by Clarence Palmgren, the company is now owned by CH Hanson. 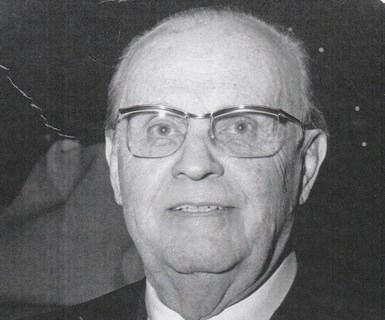 Clarence Palmgren founded the company in 1919.

Palmgren marks its 100th anniversary as a manufacturer of products for the metalworking industry. Its founder, Clarence Palmgren, is credited with the design and manufacture of some of the first machine vises, cross slides and rotary tables.

Originally named Chicago Tool & Engineering Co., the company’s first product was the angle machine vise followed by traditional drill press vises and a lineup of machine and milling vises. In the early 1950s, the company designed its rotary tables and cross-slide tables, which were capable of transferring workpieces from one machine position to another without losing squareness or alignment.

About 20 years after the company was founded, it was renamed Palmgren. During World War II, Palmgren supplied machine vises and aircraft propellor service equipment as well as underwater cutting and welding equipment for the navy. Palmgren remained family owned until 1997. In 2013, the company was acquired by CH Hanson.