Hyundai WIA’s donation of an F400VM VMC to the Humboldt Park Vocational Educational Center (HPVEC) of City Colleges of Chicago is only the first step in its long-term efforts to strengthen manufacturing education in the Chicago area.

Hyundai WIA’s donation of an F400VM VMC to the Humboldt Park Vocational Educational Center (HPVEC) of City Colleges of Chicago is only the first step in its long-term efforts to strengthen manufacturing education in the Chicago area. In addition to attending IMTS for the first time in his new role as managing director of the company’s machine tool division, Zin Young Hong has been busy scouting locations for a new Chicago technical center that will focus in large part on providing training to both the company’s own personnel and area shops, says Dave Barber, marketing manager.  “Given the IMTS show, the mismatch between people looking for work and companies looking to fill technical positions, and the fact that educational outreach to local manufacturers will be a major focus of our new technical center, we thought this donation would be a great opportunity to start advancing on some of our larger goals here in Chicago,” Mr. Barber says.

Attendees to the Tuesday morning giveaway ceremony in the company’s IMTS booth S-8948 included representatives of AMT-The Association For Manufacturing Technology, the Chicago Manufacturing Reniassance Council, local government officials, trade journalists, and a number of IMTS attendees. The machine itself is one of two models in the company’s new Value Master Series VMCs, a line that features high-performance options such as a 30-tool swing-arm ATC, through-spindle coolant, Big Plus tooling, rigid tapping, larger Y-axis travels, faster rapids and more as standard features. The idea is to eliminate the need for shops to sacrifice performance for price, Mr. Barber says.

HPVEC was one of 43 schools who applied to receive the machine donation prior to IMTS. According to the company, it was chosen based on a detailed assessment of each school’s accreditation, curriculum, number of students and current list of equipment, among other factors. “(HPVEC) has been a leader in terms of NIMS credentialing within the city of Chicago,” says James Wall, executive director of the National Institute for Metalworking Skills (NIMS). “The addition of the Hyundai WIA CNC Vertical Machining Center will reinforce the ability of the HPVEC's CNC training program to train to industry standards, ultimately contributing to the legacy and advancement of a globally competitive workforce." 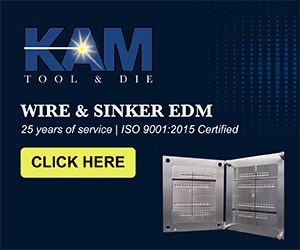