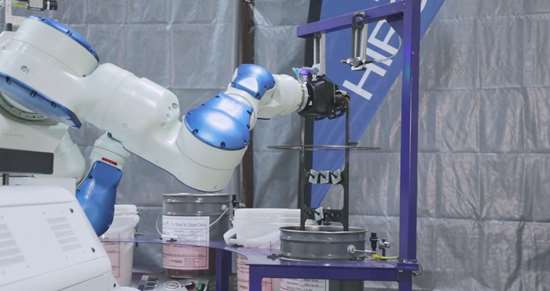 Last year, when I first wrote about Otto Motors’ self-driving vehicle (SDV) concept, I was hoping that someday soon we might be able to see a real-world manufacturing application that combined Otto’s 1,500-kg payload mobile base with a robot arm, as had been prototyped by Otto Motors and Yaskawa at the time.

That time happens to be now. 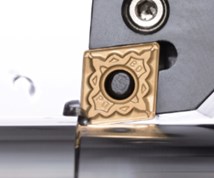 Hirotec America, a weld-assembly manufacturer for automotive original equipment manufacturers (OEMs) like GM, Ford and Toyota, has successfully applied an Otto 1500 with an integrated Yaskawa Motoman dual-arm manipulator to automate a manual black-oxide application process that was previously a source of inefficiency in the plant’s otherwise lean-oriented setup. The company’s goal has been to move its spare-parts production to continuous, unattended operation in order to free its machinists for value-added work.

Before the installation of its Otto 1500, machinists had to leave the machine shop and run parts through the black-oxide dipping procedure by hand: a repetitive process that requires sequential dipping of parts into buckets of oxide solution for specific durations. According to Otto Motors, the process had to be repeated multiple times because operators inevitably dipped some parts for the wrong duration, resulting in inconsistent coatings. In other words, this was the perfect spot in the operation for a robot.

The video below, posted as part of a case study by Otto Motors, demonstrates how the Otto 1500 fits into Hirotec’s black-oxide process:

Otto Motors’ mobile platform is designed to navigate intelligently and safely without the need for infrastructure like hard-set paths, in contrast to traditional automatic guided vehicles (AGVs). This enables the robots to repeatedly and reliably navigate to the machine shop, pick up the part racks, bring them to the black-oxide station, dip the parts precisely and for the exact time required, and bring them to the next station.

The Otto 1500 uses technology similar to that which is found in Google’s self-driving cars to scan its environment as it travels, forming a “mental map” that it can use to freely navigate complex and dynamic environments like the shop floor, with people and forklifts moving about. The SDVs from Otto Motors carry an NTB 56 safety certification.