Does a highly automated process have to be highly customized? Here is a snapshot of one low-manpower process machining thousands of parts per week on standard CNC machines.

Differential housings wait for a gantry loader to take them to the first machining stop, a CNC lathe.

Today, the lightly staffed Eaton Corporation facility in Hastings, Nebraska, is dedicated to producing locking differentials used on pickup trucks and SUVs. Tomorrow, that may change. The plant performs machining and assembly for the differentials, shipping them complete at a rate of 3,600 per week and climbing. However, the plant's highly automated process could be reconfigured for any similar product with little notice. And just the machining portion of the process could be reconfigured quickly even for radically different parts.

Four machined parts—one apiece of four different part numbers—go into each differential. The plant performs the machining for all four parts using machining "lines" which together require no more than seven employees per shift. And while automation accounts for the high level of productivity per employee, this is not custom automation. Little about the machining portion of the process has been customized around these particular parts, the way a traditional lightly manned high volume process—for example, a transfer line—would be. Instead, much of the machining is performed using gantry-loaded CNC lathes and cellular CNC machining centers, linked together by robotic work handling.

In other words, the fact that the plant is machining parts for just one product doesn't explain its productivity.

Instead, the fact that flexible machines are applied to such high production volumes is a testament to how productive and cost-effective flexible CNC technology has become.

The term "lines" used to describe the various machining areas is applied only advisedly. To varying degrees, each of the components is in fact machined using some type of parallel processing, as follows:

A pinion is machined using a gantry-loaded four-spindle lathe. Two spindles are loaded while two are in-cut.
Two geared shaft parts receive most of their machining on any one of five identical CNC lathes running in parallel, before being delivered to a robot-loaded sequence for follow-up operations. That sequence consists of secondary lathe, shaper for OD gear teeth, and broach machine for ID teeth.
Differential housings are machined on the most complex machining line. This includes two lathes working in parallel, and a cell of five horizontal machining centers.

The sequence for machining the housings merits attention, because this is the most critical part of the plant's process. The housing line begins with workpieces being manually loaded into either of two staging areas where they wait to be picked up by an overhead gantry loader. The workpieces are gray iron castings. The gantry system delivers each workpiece to the chuck of a CNC lathe. Two turning cycles are then performed here, with the gantry reversing the part in the chuck between the two cycles.

From the lathe, the gantry takes the part to an automated gaging station. Following inspection, an operator loads the part onto a conveyor. The conveyor delivers the workpiece to a robot-loaded multispindle drilling machine, which drills a pattern of ten holes. From this machine, an operator takes the part to the flexible cell's central load/unload station. The cell controller identifies an available machining center—or the one that will be available next—and sends the workpiece there. The machining center then mills mating surfaces and performs some additional hole making operations, in an NC cycle lasting about 11 minutes.

The function of a locking differential is to divert torque from a wheel that is sliding in mud or ice to one that still has traction. The model the Hastings plant produces is used on a variety of GM trucks. Production from this plant supplements that of another Eaton facility in Michigan that has been making this product for some time. But where the Michigan plant does use dedicated equipment that is more difficult to change over in response to changing production needs, the Hastings process was designed to be more flexible. The fact that it has produced only one product since it opened in September 1998 is only a response to shifting demand. Originally, the plant was conceived to produce four different transmission components. However, before the plant was completed, it became clear that much more locking differential production would be needed—thanks in large part to the growth in popularity of SUVs. The choice of flexible CNC equipment makes it easy to respond to changes in production demand exactly like this.

Freedom to implement redesigns with little lost production is another benefit of flexible equipment, says Hastings plant manager Bob Michel. On a CNC machine, redesign of a machined part likely will require only tool path and cutting tool changes which are easy to implement—as contrasted with the time-consuming hardware changes a more traditional high volume process might require.

And with today's shorter product cycles, redesigns are coming more quickly. For example, "we'll see our first redesign of this product before the plant reaches its first birthday," says Mr. Michel. "But the only change it will require us to make will be to load different CNC programs."

The flexibility also lets the plant take on work from other Eaton facilities with short notice. High volume transfer lines are not easily interchangeable, but machining centers are.

"Anything you can do on an HMC with a 630 millimeter pallet, we can do here," Mr. Michel says. That means this plant conceivably can help another Eaton facility respond to a sudden surge in demand, or it can pick up work from a sister plant where machines have been idled by some catastrophe. Flexible equipment lets this plant act as an insurance policy for other plants in the company.

For the facility to be truly flexible, however, the employees have to be at least as flexible as the machines. Employees are cross-trained for various functions. And all human resources—whether for operation, maintenance, or fine-tuning the process—are allocated according to the "theory of constraints." That is, the plant prioritizes its attention to various components of its process according to whether or not that component has the potential to limit production.

For example, the constraint on the Hastings plant's process as it exists today is the system for machining housings. Only because it involves so many stages and operations, the housing machining line is the most time-consuming stop in the entire plant—assembly included. That means that if, say, the pinion machine goes down briefly, then this may not be a crisis. The pinion machine can make up for lost time by working faster than the rest of the process. However, it's essential for the housing line to be as productive as possible, because the plant can't ship finished product any faster than this line can produce housings.

Ensuring that the housing line is as productive as possible given a light work-force demands some adaptability on the part of the employees (see sidebar). But even before these employees came along, the system had to be designed to keep the machines in-cut as much as possible.

All of the CNC machines in the housing line were supplied by Mori Seiki (Irving, Texas). The line was integrated and installed by Mori Seiki's representative, Yamazen Inc. (Schaumburg, Illinois).

Joe White is the Yamazen project manager who oversaw the Hastings installation. He says the system represents what should be the new norm for high volume job shops. The Hastings housing line has so far run only one part, but there is no reason it could not also run a mix—changing over between part numbers with almost no lost spindle utilization.

And spindle utilization, says Mr. White, is the measure of an effective process. "When I see shops manually loading batch parts on a CNC lathe instead of using a gantry, I see productive capacity lost."

At best, he says, a manually loaded lathe will see 65 to 70 percent spindle utilization. A bar feed will bring that number up to 80 percent. The Hastings housing line, by contrast, sees 95 percent spindle utilization. That means the Hastings plant produces an extra 900 units per week just because it doesn't use manual loading. Not to mention the fact that it doesn't have to staff up to provide so many machine loaders.

In fact, getting the machining center side of the line to see utilization comparable to that of the lathes presented a small challenge. The Hastings process is unusual in that its machining center cycle time is short for a flexible cell. Initially, the travel time for the cell's pallet delivery system—as it worked to keep every machining center supplied with a workpiece—introduced a delay to the process. But Mori Seiki and control supplier GE Fanuc responded by devising a streamlined cell controller algorithm appropriate to the short cycle times in this process.

The resulting high-utilization lathe and machining center line gives the Eaton Hastings plant two benefits that have traditionally been thought of as opposites: high flexibility and high productivity. It also gives this new plant a platform for future growth which few established high-volume facilities enjoy.

Plant manager Bob Michel notes that GM will soon launch a larger version of the locking differential for a one-ton pickup. And "there's no reason we couldn't produce that product here."

In fact—as far as just the machining part of the process is concerned—if the programs, raw stock and tooling arrived today, then conceivably the plant could start making parts tomorrow.

When a plant has fewer employees, each one of those employees becomes more critical to the success of the process.

Plant manager Bob Michel thinks Eaton had exactly this in mind when it chose Hastings, Nebraska, as the site of this lightly attended facility. He says the farming culture in this part of the country produces a strong work ethic. And for this process, that work ethic is more important than manufacturing experience. The manufacturing skills can always be taught.

At the Hastings plant, job descriptions are more wide than narrow. Employees are cross-trained to staff a variety of positions. This practice was established primarily with the housing line in mind. The plant's first priority is always to keep this critical constraint area manned and running.

Hastings employees also accept that their work schedules may flex. The plant makes its production commitments based on a six-day work week, but runs Sunday whenever this is necessary to make up for unexpected delays during the week.

And the life of the plant's one control and electrical expert demands a great deal of flexibility. He is on call essentially 24 hours per day. But for this function, says Mr. Michel, the plant does intend to add staff. 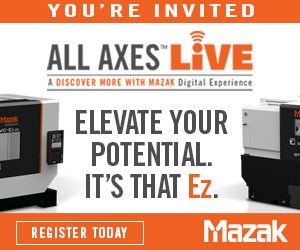