There are many approaches to automation in five-axis machining, and whether a shop uses robots or pallet changers, the benefits are often easier to realize than many believe.

Automation is becoming more common throughout the machining industry. It works because time is precious, and no one wants a skilled employee performing straightforward tasks when that machinist or operator could address higher-level problems. While the return is easy to envision in high-production machines, an increasing number of shops are applying the same concept to their five-axis machines. 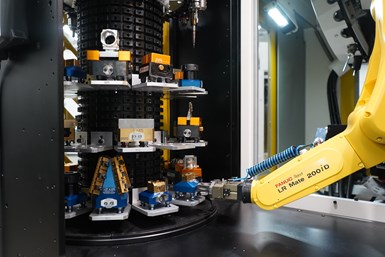 The robot in the Methods Plus-K Automation System moves quick-change carriers that eliminate the need for programming individual workpieces into the control. Solutions like this make implementing automation much simpler than many shops fear.

Five-axis machining minimizes the number of setups and manual intervention it takes to complete a component, enabling the production of complex parts with fewer setups than three-axis machines. While five-axis jobs tend to be high-mix and low-volume, integrating automation into a five-axis machine can enable it to run lights-out, increase uptime, and improve the return on investment (ROI).

Before investing in automation, however, shop owners and managers should thoroughly consider their options. They need to answer important questions: what is the desired result, what is the ROI and what works best for the process at hand?

For some, the price tag that comes with automation can be a non-starter. “I think some people think it’s harder than it is, and they mistakenly think it costs them money,” explains Thomas Saur, Vice President of FANUC America Products for Methods Machine Tools. “The return on investment is normally less than 18 months, sometimes less than a year.”

Adding automation to any machine will increase machine uptime and throughput, and it can eventually lead to running lights-out. In manufacturing, every second a machine comes to a stop to change a part or a setup is a second that machine could be making chips. As five-axis machines are often a particularly substantial investment, reducing that downtime is critical to increasing profitability. 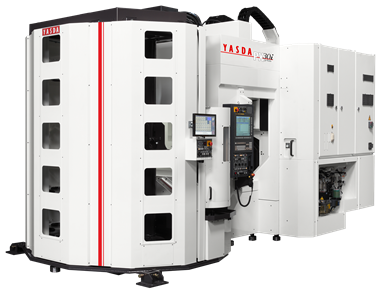 The YASDA PX30i is a versatile five-axis machining center that comes equipped with a self-contained multi-pallet stacking system. The machine tool is designed to tackle difficult materials such as hardened steel, Inconel and titanium.

Without automation on a machine, says Nick Giannotte, Director of Sales & Operations at Maruka USA’s Pine Brook, NJ technical center, users are essentially leaving money on the table. "The higher the cost of a machine, the more important it is to the rate of return to run that machine as many hours, for as many days as possible," Giannotte said. He added that automation could lower operation costs for high-end machines.

For Command Technology, Inc., which manufactures products for the aerospace, defense, and communications industries, automation yielded an immediate ROI. The company replaced six VMCs with two Kiwa KH-4500 HMCs equipped with six-station pallet changers and 220-tool magazines. This purchase began paying off immediately. All assembly components were now being machined simultaneously in just one machine cycle. Accuracy was up and production time was down, and the company was able to add mostly unattended 2nd, 3rd, and weekend shifts to production. According to owner George Braswell, “This reduces time and cost by at least 60% per assembly.” 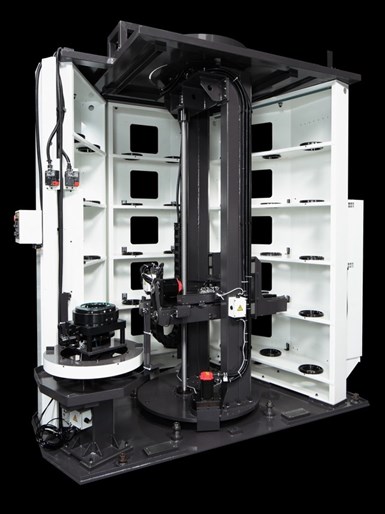 An interior look at the APC for the YASDA PX30i. The APC enables manufacturers to automate the loading of workpieces for complex parts and can even contribute to lights-out manufacturing.

“At the end of the day, it’s just simple math,” Saur added. “It shouldn’t be hard to justify lights-out machining or any automation.”

Once a shop is committed to investing in automation, the question becomes where to start. It depends on the shop’s goals and existing capabilities.  “We have to ask a lot of questions,” said Bernie Otto, Methods’ Director of Technical Support. “There are a lot of variables.”

High-mix/low-volume setups with longer cycle times might opt for an APC to process various parts without manual intervention, while a low-mix/high-volume shop would be more likely to integrate a robot to remove parts and insert stock into the machine. “There are always exceptions to the rule, but generally, that's where you start,” Otto said.

Those looking to add or expand an APC need to determine the right combination of pallets and tools.  Otto explained that manufacturers can explore new setups or implement redundant tooling for longer runs of lights-out machining.

One crucial aspect is determining how much capacity the ATC needs from the start. “The price difference between 60 and 120 tools isn't that big," Otto said. "The transition to handling more jobs later is much easier.” 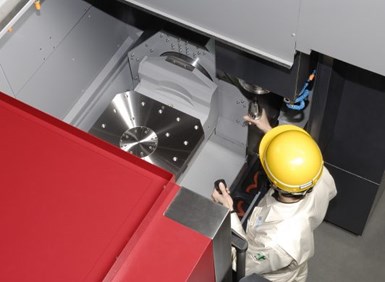 The VC-X500 from OKK is a five-axis machine designed with accessibility in mind. Many machining centers from OKK are designed with expandable ATCs, an option many manufacturers end up taking.

Machines offered by KIWA Machinery Co. Ltd. and OKK Corp. have expandable ATCs. According to Otto, users often modify these models in the field to double their tool counts in as little as a day and a half. “Once you have more tools, you generally don't go back because you see the benefits of redundant tooling and different tooling,” Otto said.

Automation cells can open a world of options for any business. Cells themselves can be paired with different machine configurations and setups to maximize floor space. Meanwhile, parts can be loaded/unloaded from systems such as carousels, vises, trays, rotary stockers, multi-drawer systems, and in/outfeed conveyors. 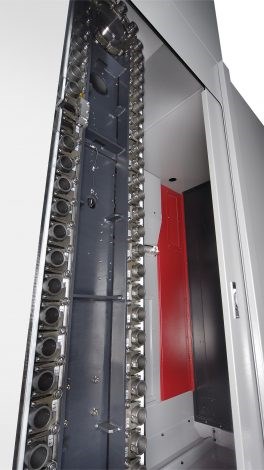 OKK’s VC-X500 comes standard with a 60-tool ATC, but shops have the option of expanding the tool count after purchasing. Many shops fully embrace the benefits of setting up multiple jobs and redundant tooling after experiencing it firsthand.

And, automation can work for any manufacturer, even one-shift shops. “That thinking that 'I need high-volume production' is old-school thinking. You don't need it for automation,” said Maruka’s Giannotte. A shop just needs the correct program and the correct cell. Just ask Matt Mayfield, the machine shop manager at Tempco Electric Heater Corp.

“We’re mostly small runs,” he told Methods during a customer testimonial in 2019. “My average run on my machine is five pieces.” His company added an automated cell to the shop's Nakamura-Tome AS-200 in 2019. With the machine running lights-out a night, his team opens the shop to a stockpile of finished parts each morning.

“It makes it easier. It definitely cuts down a lot of movement of material," Mayfield said.

Programming and Tools: No Assembly Required

Once a shop owner has crunched the numbers to realize the benefits of automation,  they should work with their supplier to determine the right programs and tools to get the most out of the setup. Fortunately, programming automation can be much easier than programming a five-axis machine. “It’s the simplest thing there is to program,” said Jim Cummings, General Manager of X-Cell Tool & Mold, Inc. “There is no big programming to make a robot work.” 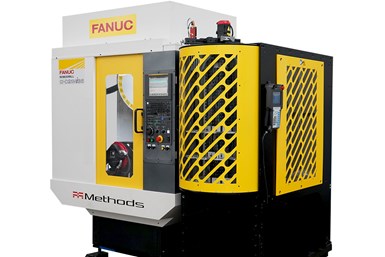 The Methods Plus-K Automation System is a compact robotic option that can be added  to a medium-bed FANUC RoboDrill. It not only exchanges part carriers but also tool holders to further enhance the functionality of the RoboDrill.

Cummings speaks from experience. His introduction to integrating automation was 20 years ago when he added robots to his shop's EDM capabilities. At his current shop, X-Cell Mold, Cummings has two five-axis YASDA machines, with a third on the way. There are some critical things he has learned through decades of integrating automation.

Cummings has seen some of the same misconceptions circulate shops for years, namely that automation would yield inaccurate products. While Cummings once held that same notion earlier in his career, seeing the end-results changed his mind. “The systems that are out there now are pretty much flawless,” he said.

Automation removes the potential for errors caused by manual intervention. Moreover, it enables your machine to produce high-tolerance parts from the first part to the 10,000th part. “The automation never seems to break down at all,” Cummings said.

X-Cell has continued investing in new technology with their third YASDA machine, a PX30i, which combines extreme precision and easy automation thanks to an ATC with a capacity for 314 tools and an ACP that comes with 33 pallets. As a mold shop that primarily serves the medical industry, it is critical to meet high tolerances and delivery times, making “flawless” automation a necessity.

During the coronavirus's onset in the U.S., X-Cell was tasked to make four double-injection molds for a ventilator component, all within 10 weeks. “Without the two YASDAs and the automation, it would have been impossible to do,” Cummings said. “We were complimented by our customer as being one of the only shops that was on time.”