A combination of Mazak Optonics laser cutting technology and Radan CAD/CAM software slashed the time taken by Watson Gym Equipment to manufacture vital components of gym equipment from two days to half a day. 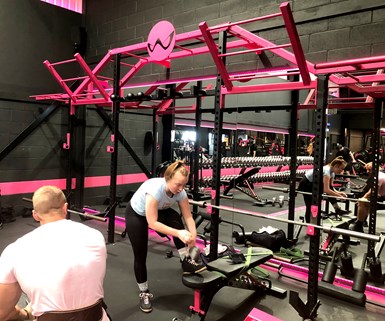 Based in the U.K., Watson Gym Equipment manufactures strength-training equipment that is shipped all over the world — almost a third of it to the United States. As shown here, box-section steel makes up vital components of the completed product assemblies.

The U.K. company supplies strength training equipment to high-end personal training gyms catering to professional and even Olympic athletes. Operating with 40 employees in a 40,000-square-foot facility, Watson ships most of its product overseas, with about 30% of it ending up in the United States. Its product range of around 200 machines are designed for anaerobic, strengthening exercises, and each machine is fabricated with sheet metal and box-section steel. 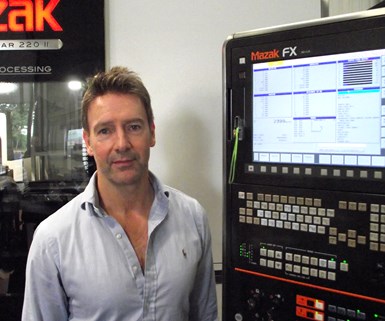 The company used to work the box steel manually, taking an eight-meter-long piece, cutting it to the length required for the component, mitering it and then adding holes. While the company has used a milling machine, a flatbed laser and a couple lathes to cut other components for several years, it was seeing how much time the welders had to spend manually cutting and processing the box sections that prompted the shop to invest in a laser tube cutter. In addition to the fact that manual cutting was time-consuming, Managing Director Simon Watson says that downtime for blade changes and saw maintenance made things worse. “Also, when someone’s cutting lengths of steel 20 times, they’re not going to get all 20 to the exact same length,” he adds.

Now, the shop uses a Fabri Gear 220 II laser tube cutter from Mazak Optonics. The machine came pre-installed with FG-CAD/CAM powered by Radtube, a laser cutting CAD/CAM system by Radan. (Radan is part of Hexagon’s Manufacturing Intelligence division.) This system processes the most complex pipe and box section shapes in a fraction of the time taken by traditional methods, Mr. Watson says, adding that the machine and its cutting software have completely transformed the way the company cuts box-section steel.

FG-CAD/CAM came pre-installed on the Mazak Optonics machine. Powered by Radan’s Radtube software technology, the system has automated a lot of what Watson Gym Equipment once did manually.

“We noticed massive improvements in time and accuracy right from the start,” Mr. Watson says. “And it’s so easy to use. I felt quite comfortable doing basic tasks after just one day’s training. Within a couple of weeks, I was completely comfortable doing anything.”