FANUC and Rockwell have formed a coalition alongside several other companies to help develop work-and-learn automation and robotics apprenticeships.
#workforcedevelopment 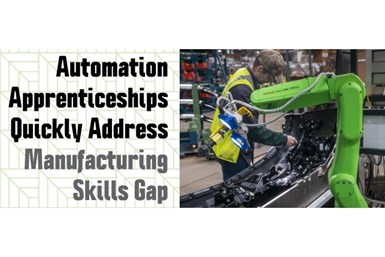 “Our number one goal is to help create a worker pipeline that will not only help people increase their skills and future earning potential, but to help manufacturers achieve their production goals and maintain a thriving economy,” says Paul Aiello, director of education at FANUC America. “In most cases, current and future workers can complete the apprenticeship skills training and achieve their industry-recognized certifications in less than one year. It’s also important to note that these programs support all types of apprenticeship and certification models, including pre-apprenticeships.”

In addition to improving the skills of current production workers, the coalition recommends these apprenticeship programs for engineers who are working to implement new automation systems and processes that require new employees trained in the latest automation technologies.