Robert McCoy, who has been with Grizzly for over 30 years, has been promoted to the position of president in Shiraz Balolia’s place. 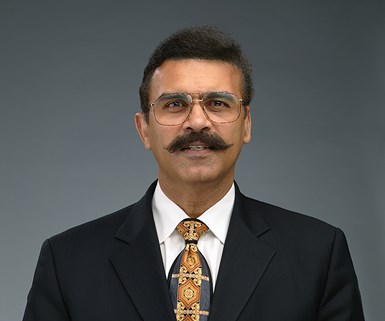 Shiraz Balolia, founder of Grizzly Industrial, is moving into the positions of chairman and CEO.

As Grizzly Industrial’s founder, Shiraz Balolia, takes on the role of chairman and CEO, Robert McCoy has been promoted to the position of president.

“Shiraz is and was a consummate businessman who operates with fairness and integrity for his employees, vendors and customers,” says Mr. McCoy. “His legacy is one of hard work, dedication and innovation, and he created opportunities for countless individuals and families through his business ventures.”

Mr. Balolia started Grizzly Industrial in 1983 after his hobby of refurbishing and selling metal lathes took off. He discovered a demand for, so he developed relationships with factories overseas and began to import new machines under the Grizzly name. In those early years, he ran the business out of his Volkswagen van. Thirty-seven years later, Grizzly employs over 300 people in multiple showrooms and warehouses in the United States as well as in company offices in Taiwan and China.