The Mitutoyo America Corporation has added the PJ-Plus Series Profile Projector, which uses LED illumination, to its lineup of metrology products. 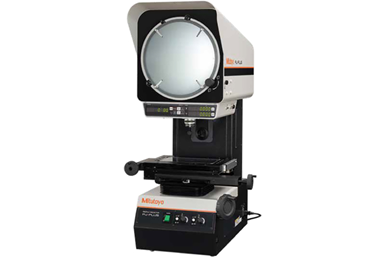 The Mitutoyo America Corporation has added the PJ-Plus Series Profile Projector to its lineup of metrology products. The Mitutoyo PJ-Plus is a new series of profile projectors that uses LED lighting and provides reliable measurements in manufacturing site environments, according to the company. Mitutoyo states that the PJ-Plus provides stable dimension and angle measurements in harsher environments than many conventional models can handle, such as manufacturing and processing lines.

The absence of a cooling fan (due to LED illumination) reduces adhesion of oil and dust to the internal mirror and light source to maintain a higher optical performance, according to the company. The LED bulb lasts longer than halogens, meaning less maintenance and reduced down time, Mitutoyo says.