Up! Network has promoted David Rhodes to general manager and Sam Wright to director of business development in recognition of their success growing Up! since 2017.
#leadership 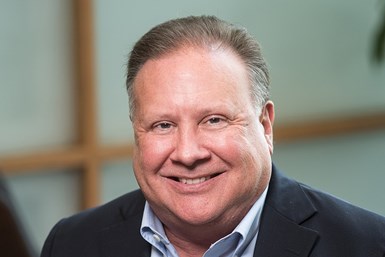 The Up! Network, a communication platform connecting industrial service providers to service requestors, has promoted David Rhodes to general manager and Sam Wright to director of business development.

The company says Rhodes and Wright have been integral to its advancement and continued success over the last three years. During this time, Up! has grown its user count while making significant user-oriented improvements in connectivity, chat interaction and real-time video conferencing.

“Dave was the first person hired ... and has been instrumental in driving innovation across all elements of the platform,” says Harry Brandicourt, director of strategic partnerships and growth strategies. “We look forward to his continued contributions as we move into our next phase of development.”

During Rhodes’ tenure, Up! has strengthened its capabilities and created a seamless connection for industrial service requestors and providers to communicate effectively. Under Rhodes’ direction, the company has woven enhancements including live chat and video chat into the platform, generating a robust network of users. In his new role, Rhodes will continue to lead the company’s strategic initiatives as Up! expands into new manufacturing sectors and geographies. 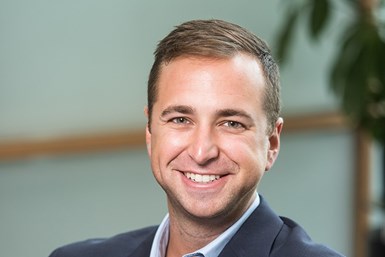 Sam Wright, director of business development at Up! Network

Wright joined the company in 2017 as business development manager and began building Up!’s user base. “Sam was a key hire when we launched the network,” says Rhodes. “The growth of individuals utilizing Up! is a testament to Sam’s diligence and deep understanding of the platform and the significant benefits it offers for industrial manufacturers and service providers.” In his new position, Wright will be responsible for the development of new market sectors and network partners.