Steps For Getting Form Measurements Right, Part 1: Recognize the Source of Errors

By creating an extremely repeatable fixturing system for high precision parts, the reproducibility of measurements on form systems can be greatly improved.

This is part one of a dual-part series about how to get form measurements right. For more, click the link below: 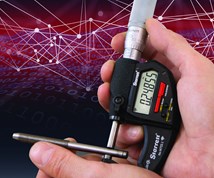 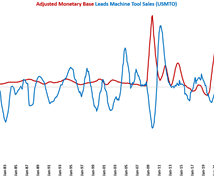 Form systems are becoming standard tools on the shop floor as their cost decreases. Instead of being operated by a typical quality specialist, these systems are more likely to be used by a machine tool operator. As such, the user may not thoroughly understand part form as it relates to the part’s application or the manufacturing process.

While today’s most basic form-measuring systems are greatly simplified operationally and much more powerful than they were just a decade ago, form measurement is still a complex process. As a result, operators should have a good understanding of the meaning of the parameters they are measuring and be familiar with how they relate to the parts being manufactured. It is critical for the operator to know how to properly set up the form-measuring system and the part for the various form functions that are available.

Numerous setup errors can ultimately influence measurement results. By recognizing the sources of errors, more reliable results will be obtained. Here are few errors that come to mind:

Like any other measuring instrument, if you cannot stage it, you cannot gage it. The same is true with form-measuring systems. How a part is staged on the table will influence the measurements. For instance, a three-jaw chuck can distort a thin-walled part; tall, narrow parts may require special clamping for stability; and tight-tolerance parts need to have fixturing that repeatably places the part in the same orientation.

It is common to rely on a single stylus tip for measuring all parts, regardless of the size of the part being measured. In reality, the tip itself represents a mechanical filter that should be selected according to the part size and the maximum number of undulations per revolution that can be measured.

Many geometry parameters that seem self-evident are not. In the world of simple indicator gaging, the terms “runout” and “out-of-roundness” are occasionally used interchangeably, but they are not the same and must be measured differently. Similarly, when gaging perpendicularity, parallelism and some other parameters involving the relationship between two surfaces, the user must understand which surface to measure first.

For example, in geometry specifications that appear on part prints, the statement “B is parallel to A” is not equivalent to “A is parallel to B.” By definition, the second surface in the statement is considered to be the reference, or datum. Out-of-straightness, or circular out-of-flatness, are ignored on that datum surface but are relevant to the other surface.
All of these parameters, in addition to circularity, concentricity, coaxiality and others, are defined in industry standards, which also have standardized the symbols used with the various callouts.

Centering and leveling are critical elements of a gage setup procedure. A round part that is not level will produce an oval measurement trace, while one that is significantly off-center on a spindle will produce a vaguely heart-shaped trace. Even if a gage turntable is equipped with a holding fixture for a particular part, an operator should use the centering and leveling capabilities of the system before measuring.

Some form parameters do not require that a datum is established on a part (when a part’s profile is compared to a gage spindle’s axis of rotation). Other parameters are measured relative to a datum surface or to an axis representing another element on a part. In these cases, establishing the datum is the first step in taking the measurement. The part print should call this out. If not, it may be time for a print revision.

Each influence produces a pattern of undulations on the trace of the part surface that the gage generates. Form gages incorporate electronic filters to simplify the trace by eliminating undulations that appear outside certain desired frequency bands. One can choose to generate a trace that only shows undulations that occur between zero and 15 times per revolution. This trace reveals low-frequency errors due mostly to clamping and setup factors. Or, one might choose to filter out only frequencies above 125 undulations per rotation (UPR) to include the results of more dynamic factors in the analysis.

The standards have established 50 UPR as a default value for measurements of out-of-roundness. When a 50-UPR filter is engaged, undulations that occur at frequencies above 50 UPR are filtered out. This filter is appropriate for many, but not all, applications. Still, a part’s design should define the frequency filter to be used.