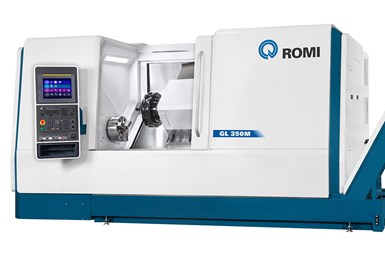 The all-new GL Series come standard with active thermal compensation to maintain consistent accuracy even as the machine temperature increases during extended use. The tailstock is programmable and servo-driven. The FANUC controller directly determines position, speed and force to reduce setup time.