AS SEEN IN MODERN MACHINE SHOP

Do you have a new product or news release that should be included here for VersaBuilt? We'd love to include it! Send your content to our editorial team. 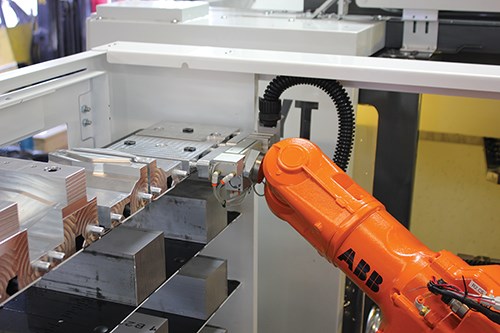 A system for automatically swapping both workpieces and workholding enables a robot-loaded VMC to be quickly reconfigured for a new or modified job. The same system lets the robot change jobs in the midst of an unattended run. Thanks to the extra capacity from unattended production, the motorcycle part maker that developed this system has finally stopped shipping products late during the busiest part of its year.