In order to effectively machine metal, cutting tools are made of hardmaterials like PCD (polycrystalline diamond). However, hard materials are hard to machine; it can be challenging to transform these materials into cutting tools that have sharp, stable cutting edges and complex features like flutes and gashes, especially through mechanical processes like grinding. PCD can be more easily eroded via processes like electrical discharge grinding (EDG) because the diamond is held in an electrically conductive binder material such as cobalt. “The process works by using a copper electrode on the super abrasive material and binders,” explains Tom Nathan, EDG product manager at ANCA. “It uses micro sparks to erode away the binder, rather than using a wheel to mechanically grind away the material.” Use of a wheel-shaped electrode instead of a static electrode, such as in wire or sinker EDM, gives users the ability to create the same complex geometries that five-axis grinding machines can, enabling the production of 3D features such as flutes, gashes and reliefs on all types of drills, end mills, reamers and profile tools.

But the speed of the EDG process and quality of cutting tools it can produce have been limited by factors including spark generation and erosion parameters. By expanding the power range and introducing new intelligent erosion control features, ANCA’s EDG machines are designed to help users produce better cutting tools, faster, potentially advancing the efficiency with which cutting tool makers can now produce PCD tools. 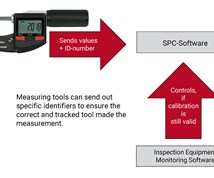 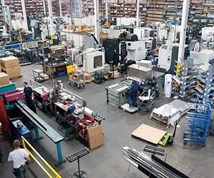 For the erosion generator in its EDG machines, ANCA turned to sister company ANCA Motion to develop the SparX Erosion generator, which is designed to give users access to a wider range of power than other systems. This wider power range enables ultra-fine finishing operations that can produce parts with good surface quality. “What we've found recently with our erosion processes is that we can easily get our surface roughness to under 0.1 micron RA,” Nathan says. Good surface finish means sharper cutting edges, which enables tools to perform better and last longer. On the other end of the power spectrum, the new erosion generator can handle heavy roughing operations that increase material removal rates and decrease cycle times in cutting tool manufacturing by as much as 50%, the company says.

The EDG process is optimized for PCD, but PCD cutting tools include other materials as well. The PCD is placed along the cutting edges of the tool, while the rest of it is made up of another material, such as carbide. “If the PCD is in areas that it's not cutting, it's not doing any work, and it's more expensive than regular carbide or high speed steel to manufacture and form,” Nathan notes. In order to be able to machine multiple materials, ANCA’s EDG machines combine both traditional grinding and EDG capabilities in a single platform. “We grind all of the operations that don't require erosion, so that would be, say the fluting in a helical tool, and then we use the erosion process to do all the cutting edges,” he explains.

PCD cutting tools have a carbide backing that is often over-eroded during EDG processes, making the tool more likely to break. ANCA’s Adaptive Spark Control feature can determine whether the machine is eroding PCD or carbide, and automatically optimize the spark parameters for each material.

But eroding the area where the PCD and carbide binder meet can pose a challenge. Nathan explains that there’s usually a 0.6 mm layer of PCD with a 1 mm layer of carbide underneath. “The bit where they meet is called the undercut, and the reason it's called the undercut is, traditionally, when you erode from PCD to carbide, the system wants to over-erode the carbide because it's much more conductive, so you get a lot of undercut at the carbide-PCD border.” He says the result is similar to digging underneath a footpath. It’s easier to dig below the footpath than it is to dig through the footpath, but if you dig underneath it deep enough, the footpath will collapse in because there’s nothing below to support it.

In order to solve this problem, ANCA has developed a feature called Adaptive Spark Control (ASC). “It can sense what substrate it's eroding (PCD or carbide), and it can change the spark profile to be optimized for each material,” Nathan explains. It does this by gaging the voltage, current and resistance of the sparks it’s generating. The system uses this data to determine if it’s eroding carbide or PCD and adjusts itself accordingly. By optimizing the sparking for each material, the undercut is reduced, which increases the strength of the tool so it’s less prone to chipping, which in turn increases tool life. As an example, Nathan described one of ANCA’s customers, which was producing drills for carbon fiber-reinforced plastics. Using its previous tool grinding system, the company was getting 3 or 4 holes per drill point. After implementing Adaptive Spark Control, the number of holes per drill increase to 44. “It was a huge increase in productivity and effectiveness of those tools from that one feature,” he says.

The Need for Feed Rates

Traditionally, EDG processes use a set feed rate, which can move too quickly or too slowly. Intelligent Adaptive Control, developed by ANCA, helps reduce “air time,” when the gap is too wide to erode the workpiece, while preventing contact between the wheel and the part.

Figuring out feed rates can also be a challenge for users of EDG. “If you have a ‘dumb’ process, which is just using the erosion parameters, it's moving forward at a set feed rate,” Nathan says. “In many instances, it will be traveling too slowly, and you're just wasting time. In other instances, you will be traveling too quickly, and you will risk actually hitting into the PCD material, which is also not good.” And when the electrode moves in five axes, as it does in EDG, determining feed rates becomes even more complicated.

In order to help optimize feed rates and speed up the EDG process, ANCA developed a featured called Intelligent Adaptive Control (IAC). “It reduces the airtime when you're not actually eroding anything because the erosion gap’s too wide,” Nathan explains. According to the company, this can reduce air time by as much as 30%. It also helps prevent contact between the wheel and part, which can damage both. “It's really essentially important for creating micro tools, because if the wheel contacts the tool, it will snap the tool,” he adds.

Micro-tools (tools than are less than 0.5 mm) are a major application for ANCA’s EDG systems, Nathan says. The company is currently seeing high demand for these capabilities in Asian markets. “They use a lot of ceramics in their Printed Circuit Boards (PCBs), and ceramics are very aggressive,” he says. “Because of that, markets are moving more towards PCD-type tools.” He adds that the company is also seeing inquiries from European and American markets for micro-tools for medical and aluminum applications as well.